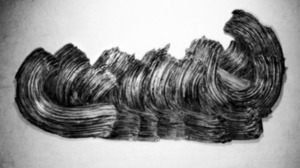 Ann Landi brings together the work of four revolutionary female sculptors who forged a strong and individual response to the dominant modes of practice during the height of the Minimalist movement.  Focusing on the twelve-year span between 1968 and 1980, Landi features Lynda Benglis, Rosemarie Castoro, Ursula von Rydingsvard, and Jackie Winsor, all of whom created a sculptural vocabulary that drew on, rebelled against, and extended the language of the minimalist  movement.  Where Minimalism in its strictest form could be antiseptic in its approach to materials, forms and themes, the women featured here were instrumental in bringing new materials into play—rubber, wax, poured latex, rope, burlap, polyurethane foam, and other rogue elements. Those that did draw on the traditional materials of sculpture making, like Castoro and von Rydingsvard, brought to their endeavors a quirky monumentality often informed by personal history, organic form, and even “feminine” sensibilities.

Born in Deensen, Germany, Ursula von Rydingsvard spent part of her childhood in European refugee camps before settling in the U.S. She is best known forher large-scale sculptures made from cedar beams cut and assembled into faceted forms.  Her work often references forms remembered  from her childhood - simple vessels and bowls, clothing, and tools or utensils. She lives and works in  Brooklyn. Her work is included in the collections of the Metropolitan Museum  of  Art, the Museum of Modern Art, and the Whitney Museum of American Art.

RosemarieCastorolives and works in New York City and has been showing paintings, sculptures, and installations since 1966. Of her early wall reliefs, critic Barbara Rose remarked in 1972: her “wall-sized brushstrokes, ironically dripping with pseudo-impasto…are both a witty reaction to stained color painting as well as quite substantial statements in themselves.” On the occasion of a retrospective at Hal Bromm Gallery in 2007, critic Daniel Belasco noted, “The muted tones and oddball imagery of Castoro’s works mirror the depleted status of painting of the 1970s.”

Born in Newfoundland, Jackie Winsor began showing stripped-down sculpture made from basic materials like hemp, wood, concrete and twine in the late 1960s. In interviews, Winsor has related the rugged look of her pieces to early years spent in a landscape near the ocean and her love of craftsmanship to her father, who was a carpenter. “In my childhood, I was as famliar with a plumb and a square as I was with oatmeal,” she says. Her work has been shown at the Museum of Modern Art, the Whitney Museum of American Art, and the Aldrich Museum of Contemporary Art.