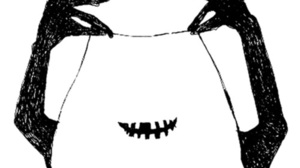 “What I was responding to more directly was the idea of having limitations. And that's something I have come back to in my practice. There's a lot of rhetoric about freedom out there, but ultimately, most people feel more free when there are certain parameters, and I think we are really unaware of that. We are always trying to abolish parameters and abolish rules. But actually, rules can be constructive sometimes. They can catalyze creative impulses.”

The preceding was artist Andrea Zittel’s response to the economic, spatial and logistical hardships she endured while living in pre-gentrified Williamsburg during the recession in the 1990’s.  Years later, as an established artist, Zittel remains true to this seemingly contradictory philosophy thus reaffirming the value that rules an limitations continue to offer her artistic practice.

“Limited Engagement” uses Zittel’s insight as a point of departure.  The exhibition showcases the work of seven emerging artists who also welcome limitation, rules and structure into their practice.  Their work rejects the notion that constraints threaten one’s “creative impulses” and instead proves that minimal resources or a restrictive premise can yield complex, thought-provoking and innovative results.  As artists who continue to innovate in the throes of an even more severe economic meltdown, Laura Cooperman, Jennifer Grimyser, Mayumi Ishino, Siyeon Kim, Kelly Murphy, Devin Powers andSamantha Vernon demonstrate the liberating effect external or self-imposed limitations have had on their creative process.

The daughter and granddaughter of architects, Laura Cooperman has always incorporated structure into her artistic process.  In her recent series, “Paper Cuttings,” Cooperman creates intricate, three-dimensional paper projections that employ movement and appear delicate yet sturdy.  Mirroring forms the artist has examined on the outskirts of the Staten Island landfill and urban plots in Beijing, “Paper Cuttings” convey the scale of these environments and the fragile conceptual underpinnings of ambitious yet often generic urban planning strategies.

Artist Jennifer Grimyser creates her own rule-based experiments by exploiting the visual potential of a singular word, motif or letter for a prescribed period of time.  She uses this textual clue to construct abstract patterns, portraiture, clever, self-referential puns and even sound.  In “Suddenly inhale, inhale suddenly,” the artist gradually creates a moment of suspense by repeatedly writing said text.  The viewer, drawn in by the meticulously etched phrase in the form of a pattern, mimics the command as their eye draws nearer to a cliff depicted in the center of the composition.

Mayumi Ishino’sperformances operate within well-defined parameters.  However, the artist effortlessly adapts to various environments by creating a minimal set for her emotionally-poignant productions.  In “Mirror,” the artist draws her self-portrait using nothing more than a series of small mirrors and markers.  She then proceeds to smash the mirror with a hammer before repeating the process and ensnaring her audience in a spellbinding cycle of repetition throughout the process.

In 2008, artist Kelly Murphy embarked on a prolonged “Suburban Sabbatical” by removing herself from the urban artist communities that had nurtured her in her adult life, and opting to return to the childhood home in New Jersey she has admittedly grown out of.  Since then, she has continued to mine the familiar yet foreign environment of her childhood home and Catholic upbringing.  This ongoing investigation into both self-imposed and external structures has led to several sophisticated experiments using materials ranging from handmade paper to metal, glass – and, in this instance, crayons – to explore the full range of a singular motif.

Artist Devin Powers employs geometric rigor in executing contained galaxies of epic proportions despite their large or modest scale.  His economic use of line and color inevitably evolves into a neat, compact and refined space that still manages to evoke his intuitive handling.  In both “Relation” and “Puzzle,” it is evident that Powers intimately grasps the potential of deceptively rigid mathematical structures to activate awe, emotion and curiosity in the viewer.

Sam Vernoncreates robust, all-encompassing environments using a strict black-and-white color palette often produced by the ubiquitous Xerox copier.  Gravitating towards phantoms and ghostly ancestral figures, she creates large-scale paper tapestries wherein these forms are often repeated to near abstraction.  Intensely faithful to her binary color palette and its intrinsic symbolic value, Vernon deftly navigates through drawing, painting, photography and printmaking to pay homage to the past while revising the traditional ghost story to address post-colonialism, race, sexuality, and historical memory.