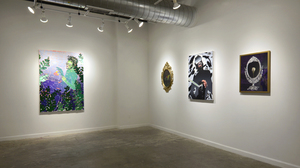 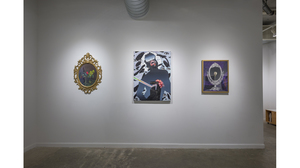 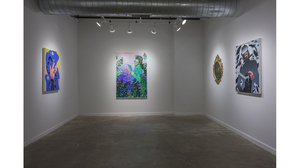 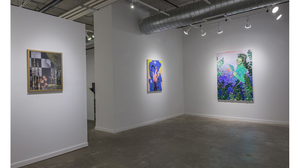 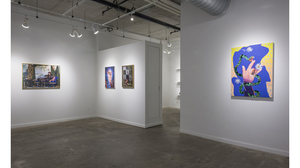 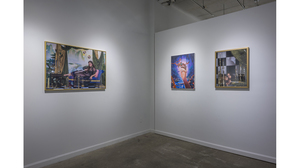 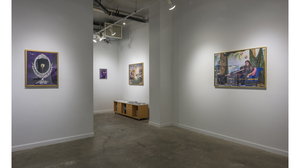 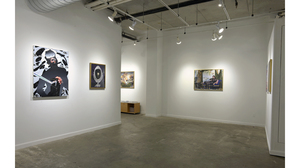 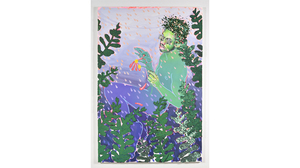 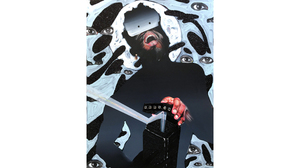 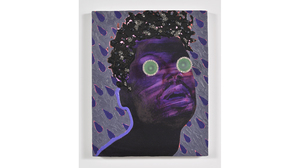 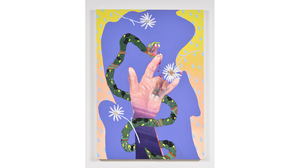 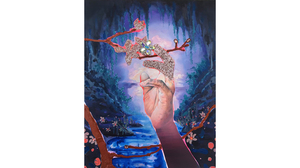 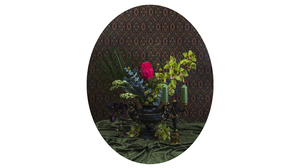 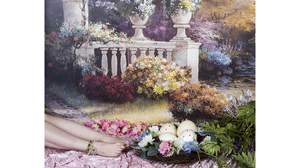 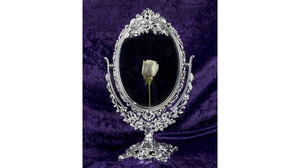 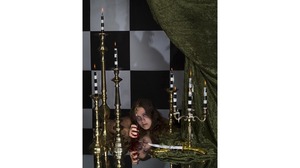 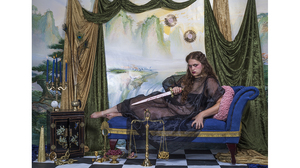 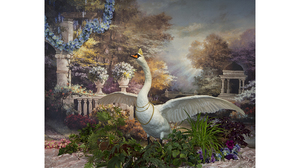 Myth and Body presents the work of Devan Shimoyama and Rachel Stern, two artists engaged in an exploration of myth, folklore and a practice of utilizing their own bodies in their work. Shimoyama and Stern depict themselves as the heroes in their own tales; the representations of their bodies serving a function of the poetic, the universal, the symbolic and the otherworldly. Their interpretations function as a conceptual and emotional response to a need for exploration and understanding of the natural and supernatural, their imagery speaking not so much about how we as viewers translate myth, but how myths translate themselves through the body. The opulence in imagery and materials in each artists work invites the viewer to project themselves within the artists’ stories, defining ones own role within the myth and “playing along”.

Devan Shimoyama’s paintings are armed with a dazzle of materials including glitter, rhinestones and impasto paint, with forms emerging  and reforming from contour lines and silhouettes. His figures exist as magical and mythical beings that illustrate a story of masculine yearning, self-exploration and sexual desire through his own re-imagined, queer, black, male body.

Rachel Stern’s photographs utilize the symbolic and deceptive functions that beauty plays in an image. Stern exploits the power of beauty in her staged photographs, depicting the artist as mythological goddess or heroine in her own versions of classical mythology. Stern unpacks the power of her own body and experience in scenes of lust, revenge, and tokens of memento mori.

Rachel Stern (b. 1989, New York, NY) received her MFA from Columbia University's program in Visual Arts (2016) and BFA in photography and the history of art and visual culture from the Rhode Island School of Design (2011). Stern attended the Skowhegan School of Painting and Sculpture in 2014 and has exhibited works at Daniel Cooney Fine Art, Invisible-Exports, Pioneer Works, Northern-Southern, the Flash Forward Festival, and was included in Humble Arts Foundation's 31 Women in Photography at Hasted Kraeutler. Her work has been featured in MATTE Magazine, Blink, Still, VICE Magazine, Art F City’s 2015 Naked Panda Calendar, Outpost Journal, Gyroscope Prints, and Gather Journal. She lives and works in Philadelphia, PA.