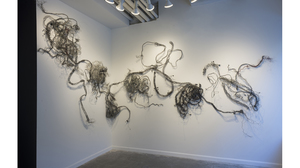 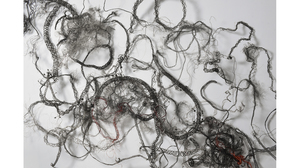 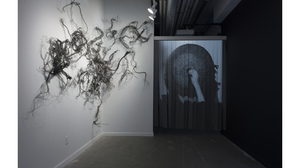 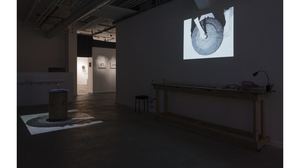 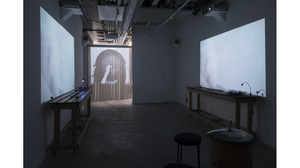 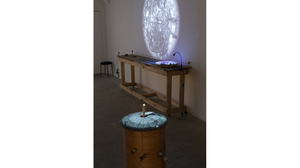 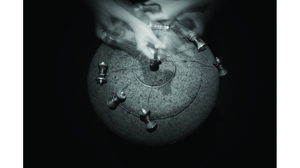 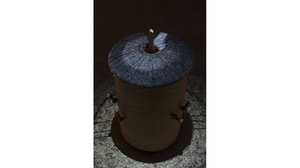 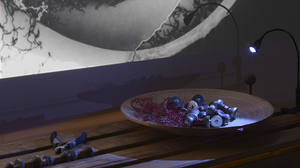 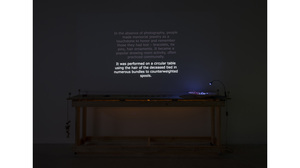 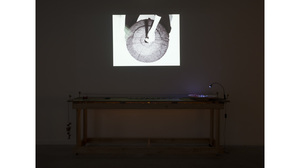 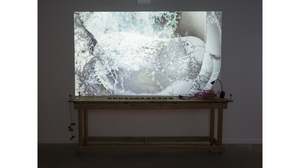 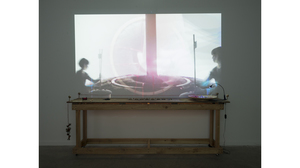 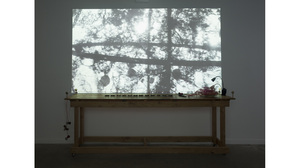 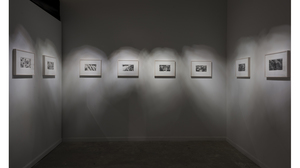 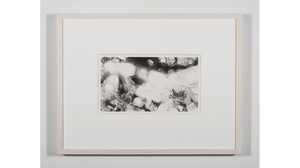 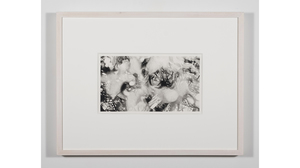 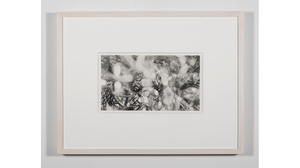 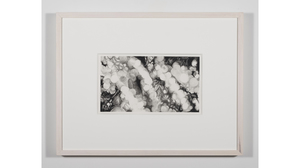 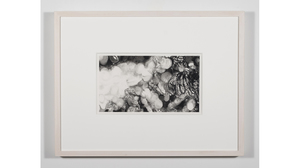 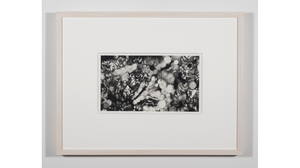 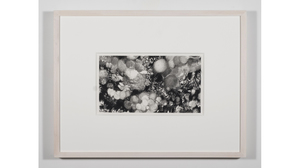 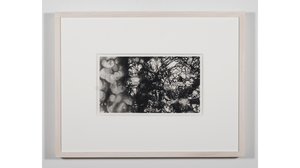 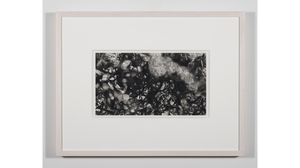 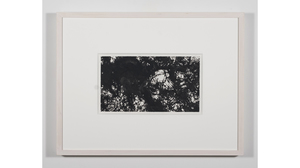 Lesley Heller proudly presents Transmission, Nene Humphrey’s 5th solo exhibition with the gallery. In this multi-media immersive exhibition—spanning video, sound, sculptural installation and charcoal drawings—Humphrey examines ritualized spaces and the products of grief; how the two combine as meditations on muscle memory and the way loss and recovery coexist.

A long-term artist-in-residence at New York University’s Center for Neural Science: The LeDoux Lab, Humphrey’s practice is fundamentally involved with the integration of art and science. Through the use of the lab’s microscopes and a camera lucida, her focus fell upon the brain’s powerhouse of emotions, an almond-shaped mass called the amygdala. Parallel research of 19th century mourning practices led Humphrey to draw connections between the neuroscience of emotions and the lost craft of Victorian mourning braiding— a popular tradition that acknowledged loss by gathering mourners around circular tables to intricately braid hair of the deceased into plaits, which were then turned into memorial jewelry. In Humphrey’s adaptation of the practice, hair is replaced with wire and is braided into longer, sprawling lengths. Transmission represents a moment where the braiding ritual has ended but the process of mourning remains, both in the physical objects of the ritual, and in the nebulous space of the brain.

The exhibition begins with wire braids of varying lengths and gauges flanking the gallery’s entrance and amassed into dense material swirls. Flat and rounded braids of different patterns join together, break apart, connect and fray. Gallery visitors then pass through a set of theatrical scrims bearing video projections, signaling they are stepping into a ritualized site of production.  Low stools and a circular braiding table remain unoccupied within the main gallery space with the exception of the ghostly video projections of their makers/mourner’s hands at work upon them. Two preparation tables hold tools; spools, wire, snippets of braids and other traces of the weaving process. Projected above are two videos of braiding and brain imagery, highlighting the striking visual similarities between the two. The videos’ accompanying score layers the physical sound of the braids being made, ambient lab sounds, a voice chanting braid patterns and serenading lab rats.

A series of small charcoal drawings installed in an alcove off the main space offers a pause to the exhibition, bringing the slow spin of the rest of the installation to a full stop. Dense, dark and scrupulously drawn, they function as frozen cinematic frames. At once sharp and hazy, these drawings read as a glimpse into the mourner’s mind, or a tangle of braids at their feet, the landscape of the lost, and the intricate connections within the brain’s integrative center of emotions, the amygdala.

Nene Humphrey (b. 1947, Portage, WI) is a sculptor and installation artist who has exhibited nationally and internationally since 1979. Notable Exhibitions/Performances include at  High Museum of Art, Atlanta, GA; Sculpture Center, Queens NY; PS1 Contemporary Art Center, Queens, NY; The McNay Art Museum, San Antonio, TX; 3-Legged Dog Art and Technology Center NY; Montalvo Arts Carriage House Theater, Saratoga, CA; Dixon Place Theater NY; Mead Museum, Amherst, MA; Palmer Museum, PA; and the Lesley Heller Gallery, New York, NY. Humphrey has received awards from the National Endowment for the Arts, The Rockefeller Foundation, Brown Foundation, and Anonymous was a Woman among others. Her work has been written about in numerous publications including The New York Times, Art in America, ArtNews and Sculpture Magazine. Since 2005 she has been artist in residence at the Joseph LeDoux neuroscience lab at NYU where her work has focused on explorations of the brain mechanisms underlying human emotions.

Transmission was made possible with the collaboration of Director Mallory Catlett and Video Designer Simon Harding.