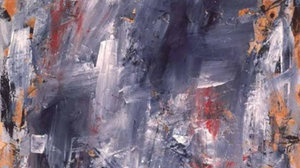 THE WELLS STREET GALLERY REVISITED: Then and Now

New York, NY—The Lesley Heller Workspace is pleased to present The Wells Street Gallery Revisited: Then and Now, an exhibition organized by guest curator Jason Andrew, featuring the work of artists associated with The Wells Street Gallery, one of Chicago’s vanguard galleries of the late 1950s.  The exhibition opens January 20 and continues to February 28 at Lesley Heller Workspace at 54 Orchard Street, New York City.  An opening reception will be held Friday, January 22, 6-8PM (www.lesleyheller.com).

The Wells Street Gallery Revisited: Then and Nowis the first exhibition of it’s kind, uniting the tough gang of young Chicago abstract artists who together ran the Wells Street Gallery from 1957-1959. They were “a band of young, fire-eating vanguard artists,” wrote the prominent art critic Franz Schultze in Art News, and the gallery was tagged “an avant-garde exhibition place filled with the most advanced abstractions in town,” by the Chicago Sunday Tribune.

The Wells Street Gallery played a major role in granting young artists like sculptor John Chamberlain and painter Robert Natkin their first one-person exhibitions at a time when too few galleries in Chicago, or elsewhere for that matter, where interested in the work of abstract artists. This exhibition pays tribute to this artist-run gallery and the brief yet historic contribution it made in advancing abstract art in Chicago.

“The Wells Street Group,” as they were called, were “sewn together by a plucky and often exciting lot of young painters,” wrote Franz Schultze. The group’s colorful, vigorous, nonobjective and non-representational expressive paintings were

distinguishable from the “Monster Roster” of Chicago expressionists, lead by Leon Golub and Nancy Spero, and the Bauhaus-influenced formalists, leading critics to consider them the counterpart to the New York School of abstract expressionist calling them the new “Chicago School.”

Jason Andrewis an independent curator and archivist. A prominent figure in the Bushwick art scene, Andrew is the founding director of Norte Maar, which encourages, promotes and supports collaborations in the arts. Guarding against any special interest in any particular style or genre, his curatorial projects bridge gaps in art history and reflect the creative imagination of the past, present and future. Recent curatorial projects include the retrospective exhibition Jack Tworkov: Against Extremes / Five Decades of Painting, and the new paintings by young painter Brooke Moyse. (www.nortemaar.org)