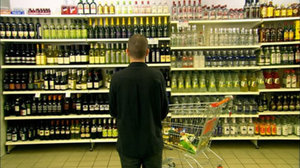 Lesley Heller is proud to present “The Young Israelis,” an exhibition of video art and related photographs curated by Lilly Wei.

In recent years, Israel has produced many innovative and exciting video artists such as Guy Ben-Ner, Doron Solomons, and Boaz Arad. Among the first Israeli video artists to achieve international recognition in the mid-90s, they have inspired the next generation, including many of the artists in this show, several of whom are former students.

“The Young Israelis” showcases the next wave of talented Israeli artists who are creating a new language rooted within the context of national identity while forging narratives based on contemporary themesthat transcend borders and reflect today's increasingly complex world. According to exhibition curator, Lilly Wei, “Israelis are, it is said, instinctive storytellers and video lends itself to narratives. As a medium in flux, it parallels the flux of societies on the edge like Israel which has been in a state of constant violence and incipient collapse since its founding.”

Ranging in age from their late 20s to mid 30s, these recent graduates from the metropolitan area’s MFA programs and art schools in Tel Aviv, Jerusalem, and Haifa are already gaining curatorial recognition through exhibitions at museums, galleries, and alternative spaces here and abroad.  Though all maintain close ties to Israel, most of the artists live in New York. Beyond these commonalities, the works on view vary widely in terms of strategy and approach, ranging from satirical and absurd to the dramatic and serious, and often encompassing elements from both ends of the spectrum.

Many of the artists address the nature of the video medium itself as part of their practice.  Deville Cohen constructs sets and props that give his videos the look of collage in three dimensions, creating an unsettling visual vocabulary with which to narrate the shifting logic that underlies our contemporary understanding of the real versus the imagined. Likewise, Oded Hirsch uses photography and video to create works with a surrealist edge, taking video far from its documentary roots.

Nira Pereg, in contrast, makes videos from more intimate perspectives, focusing on universal human experience and specific rituals. Tom Pnini’s work combines video’s traditional uses with elements of theater and performance, deliberately juxtaposing the staged and the real. Gilad Ratman creates faux documentaries that are hybrids of nature and culture, emphasizing the grotesque to define the human. Karen Russo also employs video to document reality, her subject, the hidden side of human existence, the boundaries between the normal and theparanormal.

Lior Shvil uses costumes, personas, and hand-made props as well as graphic animation to bring a comic, but mordant touch to the examination of global politics while Naama Tsabar explores the liminal and transgressive through performances and installations that she documents on video.  Rona Yefman creates narratives of emotionally charged, fictitious authenticity, blending real events with symbolic ones that change in their meaning as contexts shift.