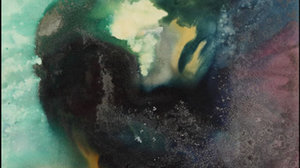 Hypothesis of Psychodelia: Paintings by Juan José Cambre and Alfredo Prior

When I arrived in the United States some twenty years ago, I was taken aback by the opinion, shared by many, that the decision made a bit more than a decade earlier by a number of artists I had met was a conservative one. The decision made by those artists (neither obvious or automatic, for they could have done other things) was to paint. To paint paintings that would someday hang on walls. To paint them in a way that allowed the particular markings of the person who made them to be immediately captured. To paint, moreover, recognizable figures: a person’s profile, a bear, a vessel, a landscape. And to paint and thus declare at once their fidelity to the tradition of the avant-garde, even if doing so now implied declaring that the positions of the actually existing avant-garde were positions that had to be, well, overcome. At the same time it was, I thought, comprehensible that things were such, that this opinion would become generalized, particularly among critics. Julian Schnabel, David Salle, Jean-Michel Basquiat had come on the scene at the same time as the dominant new right: Ronald Reagan. It was the moment when Bruce Nauman took refuge in Arizona and Dan Graham in lower New York. Suddenly, the prices of paintings were skyrocketing, and the new painting (also that of a Francesco Clemente or an Anselm Kieffer) was becoming an element of spaces in which new and previously unknown sorts of human beings were circulating (a certain sort of technician, of entrepreneur, of investor), and for that reason and for many people it became the artistic face of an ultimately triumphant capitalism.

The situation in Argentina, at the moment when those artists I mentioned were choosing to paint, was completely different. Toward the early eighties, the military dictatorship that had come to power in 1976 began to degenerate into absurdity, soon thereafter collapsing one pitiful episode at a time. The return of democracy after those sordid years had generated an artistic ferment unique in the country’s history. As always happens in such moments, particularly in small art scenes such as Argentina’s, the communication among spaces (of literature, of art, of music) was quite fluid and was concentrated in certain places where hybrid events took place. Painters painted in clubs dedicated to theater or music. They accompanied concerts or performances, and the canvases they displayed were pieces cut out and nailed to the wall: sketches or fragments presented for the first and last time, celebrations of the transitory, barely hung up and immediately taken down. The moment of execution and exhibition drew close: painting aspired to the status of a fire. This is the context in which painters like Alfredo Prior and Juan José Cambre (and, among those better known in the United States, Guillermo Kuitca) began to paint.

In many senses, the Petri dish in which they participated had its closest parallel in the New York scene of those same years, the East Village scene, inasmuch as its participants had wanted to articulate, on the same plane and without defined borders, music, theater, painting, even poetry. At the same time, the differences between the two scenes were significant and important. Among the proposals on what sort of painting it was necessary or desirable to practice, the one that was most taken into account in Argentina came from Italy, from the justifications that Italian critics proposed for the actions of some artists (among which Clemente, precisely, figured). This should come as no surprise. Argentina (the urban Argentina to which both painters belonged) is a country of deep Italian roots. And, concerning the specific realm of the arts, the channels of communication between Italy and Argentina always remained open: Lucio Fontana stands as an example, as does the brilliant and lesser known Tomás Maldonado. And in Fontana himself we find a characteristic that, already then and still now after all these years, is a crucial knot in the web of elements mobilized by these artists: the association of the Grand Tradition of painting with the sphere of the lesser arts—jewelry, gold and silversmithing, the construction of marionettes and dolls. Trades. Even long lost trades. In the precise manner, each of them might say, that painting is a long lost trade, or a trade about to be lost, in the moment of its twilight. When artists such as Cambre and Prior decided, more than a quarter century ago, to paint, they thought of painting not as a great and noble art, destined to the highest sort of execution, but rather as an art operating in recognition of a loss. A finite art that, upon discovering its finitude, ended up on the doorstep, nailed to the wall after a fashion, of those other arts. For that reason, among American artists and beyond superficial differences, Cambre and Prior were most similar to that most Italian of them all: Cy Twombly. The same faintly excremetial splendor. The same impulse to minimize the grand historical reference. If you want to read an essay that, though speaking of something else, speaks to what these painters were (and, in many ways, still are) doing, read the essay Roland Barthes dedicated to Twombly back then, in which Barthes suggested that the language of the Grand Tradition was spoken by the painter as if it were a remote dialect.

The object of those practices was ecstasy. Ecstasy in poor locales. Ecstasy that finds its own space in hidden rooms or patios where we throw out the things we no longer have reason to use. Ecstasy in the brief rivers that run through the ends of landscapes that were the obsession of Jorge Luis Borges’s earliest books. The double recognition that the world is the realm of a deaf catastrophe and at the same time, and more intensely for that same reason, the place where the stampede occasioned by that catastrophe configures brightly burning constellations. It’s a shame that American observers of these paintings cannot (or barely can, in some lost translation) read the work of a poet who is crucial for understanding the production of Argentine art during those years. The poet (who died ten years ago) was Néstor Perlongher, and he had come up with a word to describe what, in his opinion, an artist working in the conditions in which he found himself should produce. The word was “neobarroso” and evidently it associated the baroque (barroco) with mud (barro), glimmering stones and clumps of earth.

Since then, the oeuvre of these two artists has continued to explore these territories or their surroundings. Exploring them, what’s more, as a scene. Because we must mention that something that Cambre and Prior (and Kuitca as well) have had in common over the years is their desire to couple painting to the theater and music: Cambre by constructing opera sets, Prior by putting on performances in which he interprets his songs. So that we can say, without a hint of exaggeration, that we should view these paintings as if they were sets for plays that perhaps will never be represented. But the fact that the unknown plays hovering over the calm of these works will never be represented does not mean that they don’t coincide serenely and ominously with what we see: there are mute dramas, dramas that never fully take form, that begin anew each time a gaze falls over these massive distributions of colors.

That’s why it seems to me so natural that the word that comes to mind when I view the recent paintings by Alfredo Prior and Juan José Cambre is “psychodelia.” The world reconstructed as the open sum of points of light that fit and unfit together without ever settling, in Cambre’s paintings. The world constructed, in Prior, by currents of color spread over the base of all bases: the color brown. And in the works of both artists, a recognition of the basic violence of the real. A violence restrained, but one that makes it difficult to sustain and fix our gaze. We don’t know in which direction to look, among the thousand directions in which the image comes toward us. We don’t know if we should squint to make the light lighter and the darkness more uniform. And we suspect that both artists want us not to know, because the object of art is to awaken an unending uncertainty. Within the scene into which these paintings convert the gallery we are ghosts who are never calm, ghosts who observe spectral returns on the canvas.

Spectral returns of figures that are never fully defined (semi-faces, forests that want to take form but don’t, wells and voids), but also spectral returns of moments in the history of painting. In Cambre it’s the return of pointillism, but not in its most systematic moments, those of Seurat or Signac, but rather in an anarchic manner, as if executed by an impatient operator, who we find in certain moments, I don’t know, in Edouard Vuillard, where, as in Cambre’s paintings, the image is like a slide that was already, little by little, coming loose. In Prior I see quite clearly Alfred Otto Wolfgang Schulze, better known as Wols, who toward the end of the forties executed an extraordinary series of paintings, etchings and photographs in which the plane is presented as a surface where an unknown creature had happened to crash: there it is, in front of us, smashed to pieces. I like to think of these two oeuvres as complementary perspectives on the same world: through one perspective we see depth, through the other surface; through one we see entrails, through the other skin. But which is the surface and which the depth? Which is skin and which, of the two, is entrails?