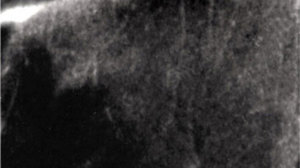 Notes on incipience, images, and "The Incipient Image"

An image occurs when the transient world of appearances, with its randomness and indeterminacy, aligns with the beholder's fond hope that vigilant trolling of the visual realm will yield trophies of meaning. We expect paintings, drawings, and photographs to provide those images and meanings, however veiled or fleeting. But what of works that point to multiple readings—more closely resembling theunorganized, undifferentiated visual world? Such works function associatively, accruing significance as the viewer assigns it, eluding verbal definitions.

I think of the work of these artists as a portal to polymorphous visual experience rather than a vehicle of a fixed and particular significance. The viewer relies on hunches, hints, and evidence in dealing with these works, which possess not a single, embedded meaning that needs to be decoded, but multiple meanings as a condition of their existence. They dodgerather than declaim their significance, asking rather than telling how to make sense of them.

Mark L. Power reiterates a select few incongruous idiograms in his drawings as if stockpiling them for future experiments, preserving them for posterity or setting them aside for a rainy day. These iconographical elements are as carefully arranged as a chef's mise en place. Culling from a wide variety of printed sources, Sharon Lawless grafts snippets and chunks of pre-existing imagery of which the original iconographical meaning is eclipsed in the service of a graphical improvisation. In his hybrids of photography and drawing, Steel Stillman finds an eerie place between the coolness of appropriation and the heat of the artist's hand. Having more to do with the fictive spaces of novels and film than with the declarative space of pop culture, his work is emotionally restrained but persistent, and oddly haunting.

The compositional conventions of Elizabeth Cooper's paintings allude to genre subjects—portrait, still life, landscape—but the vigorous, painterly attack of their encrusted surfaces thrusts her process to the fore. Samuel T. Adams addresses legibility itself in paintings that scramble the syntax of abstraction, risking stylistic gibberish but, against the odds, ringing clear and true. Relinquishing control over her painting's narrative content, Dona Nelson allows her nascent imagery's materiality its full force and energy to trigger a range of associations. Having refined her approach to picture-making to comprise the full spectrum of abstraction and figuration, Nelson achieves an unlikely, utterly disarming elegance.

The works here are not formally or conceptually unresolved, rather they are resolved in such a way that they retain the speculative spirit of the earliest, inchoate stages of their making in a sort of suspended animation. It is not that these works necessarily look unfinished (though some of them might) but that the degree of finish allows for doubt about the relevance of  an image to the array of issues each artist deals with.

In the 1980s, Allan McCollum shot black and white photographs of his TV screen isolating illegible prop artwork on the studio set. Grainy and indistinct, these "perpetual photos" are no more descriptive of the visual world than are smudges of ash, yet in them a sense of compositional specificity lingers. McCollum has described these as "pictures about the desire to see a picture." Similarly, many of the works in "The Incipient Image" withhold their meaning or significance by forestalling the viewer's reflexive attempts to "read" them. In taking up that particular challenge where the artist left off, the viewer shares the pleasure of the imagination's playful engagement with the conventions of image-making.

In their work, these artists favor the discontinuous and open-ended, and leave it to the viewer to connect the dots. Their relation to imagery is bound up in a highly personal language with one initiate, one native speaker, who risks being the only audience. For these artists, the viewer's bewilderment is a measure of their success, as they find deeper pleasure in the creeping twilight of ambiguity than in clarity's shadowless high noon.