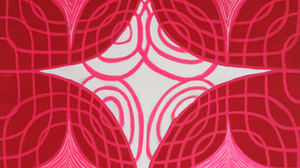 Curators Theresa Hackett and Michelle Weinberg’s exhibition, Little Languages/Coded Pictures, includes painterly abstractions that are constructed of idiosyncratic painting languages, which vibrate on the edge of being and representing.

A painter creates a lexicon. A glossolalia of marks, swerves of the brush, scrapes, dabs, drips. An anthology of the painter's experience is translated into pigmented pastes of varying transparencies and densities. Application of these little languages to the surface of a painting, builds a story, intimate or epic. Of space and time, of the weight of gravity and slipping free from gravity.

If we were to “read” these works, we would decipher the psychic spills in Alan Crockett’s Painter’s Dream, a petri dish of unknown adjectives in Julie Evans’ collage on mylar, and a Hitchcockian twist in David Humphrey’s Reclined.

An overheard conversation or dialogue buzzes in Ron Gorchov’s work, while Jennifer Reeves’ Butterfly Bomb  is a quiet void that is interrupted by a complex dialogue of alternate forms. The disturbing eruptions on the surface of Theresa Hackett’s Summer Trouble are consoled by a pink hue, a comment on the duality of summer’s pastoral associations. Laura Newman’s Span suggests a plateau with architectural firmness while Mike Carroll’s architecture whooshes into outer space.

Pictorial space and logic is built of hermetic symbols created by the painter. One thing stands in for another. One gesture is surrogate for a single thing, or an entire range of experience. Learning to de-code the painting’s surface is part of the pleasure for the viewer.