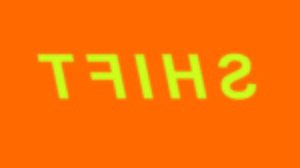 The artists in Shift alter perceptions of the world around us through an acute understanding of pop culture and its aesthetic imprints on our subconscious rationale.  Their work fuses visual elements of today’s consumer culture with classical notions of art and its presentation. Through a variety of mediums we are lead into vivid worlds of the artist’s own design, revealing places that exist between the mind and the everyday world we inhabit.

David Baskin’s sculpture hinges on his uncanny ability to perfectly reproduce objects from the real world in three dimensions and present them back to us as alien beings.   Objects of consumer desire, from expensive cars to shampoo bottles, fascinate Baskin as fetishized extensions of our own aspirations.   Charlotte Becket injects dance into the foundations of plasticity.  Her animated rock-like biomorphic sculptures present us with visions of landscape in flux; forcing us to think about the seemingly solid ground we stand on.  Jason Head’s work stems from his obsession with old style animation cells from still-animation’s golden period of the mid-20th century.  Each image presents us with multilayered clues to places we feel we’ve visited before, however impossible that may seem.  Similarly, Colin O’Con’s vivid paintings take their queues from the fantastic in our own natural world.  Though O’Con’s landscapes may seem otherworldly at first glace, the phenomena he depicts feels eerily familiar at times.  Amy Kao’s lyrical drawings bridge the gap between the organic and ethereal.  Her dreamy environments dance across the frames like scenes from children’s fables, though some of the characters we meet are not for the faint of heart.  Popular music serves as the inspiration for Jim Wright’s multilayered paintings.  Constructed from countless paint chips, Wright’s surfaces envelope the eye in a swirling kaleidoscope of colors and textures as his subjects literally pop off the picture plane.

Bright colors, big ideas and attention to detail make the works in Shift not simply visually engaging, but socially relevant as well.  Though the places we find ourselves in each piece may only be imaginary, their allusions to and comments on popular culture give us a vantage point we can stand on.  From this vantage point their work offers us personal moments of reflection as to our own place in this seemingly crazy world.