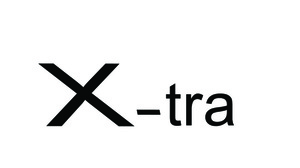 Lesley Heller Workspace is pleased to present X-tra, an exhibition of nine mid-career artists, all preoccupied with interdisciplinary relationships. Regardless of the medium, a prevailing attitude towards the extra-territoriality of the polarities of light and dark appear both as content and breakdown.

X-tra is an attempt to be about “this is too much,” not as categorical hermeticism, but as a creation of intricacies that allow expression and definitions of mediums into a more charged and dynamic model.

Extra material, extra gaze, extra messy, extra energy, extra light moving into  extra dark, extra blast, extra pull, and extra push. Light and dark operate as bipolar forces within the attitudes of the artists. Our sensory overload of visual information  gives the mind a possibility that allows combat zones of light that is not exactly nature in the work of Black Lake and Peter Rostovsky. Urbanism is a leaking city, without borders or contrasts of its phantasms in the paintings of Lydia Dona and Kanishka Raja. With Fabian Marcaccio, the body is no longer itself, and the elasticity of political communities and American legacies stretch themselves from loaded materiality into the problematic content and its reversal.

The questions asked by these artists are compressed within their mediums, holding onto the medium, but reversing its perspective as a subject-object relation. Scott Grodesky pushes the excessive figural and linear to the most extreme compression of minute and inner-loaded drawings- grouped in contrasting inner darkness and highlights.

Daniel Wiener’s materials dig and morph visually into a sculptural mass. The “extra” lightening of silence and the activation of drawing through performative combinations of movement and sound is exemplified in the installation and performance of Black Lake (Susan Jenning’s silvered objects and Slink Moss’ drawings).  The play of light and shadow continues in Lisa Beck’s transparent and endless ready-made balls. Vertically stacked glass balls, where light disappears and passes through the object, not recalling where it originally started, leave one with the mentality of putting things out—a complex attitude of stretching pictorial time outside of itself.  The irony of confrontational time is viewed in an extreme parallel with its lighting zone of “Switzerland for Movie Stars” by Kanishka Raja.

The material utilized between the woven ropes in Fabian Marcaccio’s, serves to weave different pictorial modalities.  The ropes weave a background into the structure of the painting and the brush marks operate like muscles, holding pictorial troubles in suspension. The light moves between and through patches of meeting pointsin the ropes. It translates rather than depicts. Lydia Dona’s engine lines and body organs entangle lines and objects of fixation, environmentally diffusing light through metallic and transparent junctures. Black Lake’s silver wires dangle and form silhouettes of shadows. Lisa Beck’s strings andKanishka Raja’s sharp and linear contours of east/west models of ruptured architectural legacies create a new linear relationship within light and dark. Peter Rostovsky’s hyper-natural and artificial settings digitalize and re-explode to create a setting for the diminishing light of American power and act as a metaphor for nuclear phenomena only reached through mediation.

X-tra pushes the viewer the extra mile, to investigate and bring the physicality of the event, visually and experientially. We have stagnated into a long, long, long convention of limited pictorial models and must allow for more intense and endless extensions.                         ###