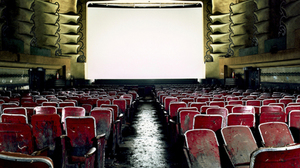 Gallery 2: Shoot examines the work of five emerging photographers. Shamus Clisset builds alternate realities that blend humor and absurdity. “Everything we picture in our heads or build on a computer exists as a model, a representation of data or of our understanding of that thing. So my process always starts with a mental image or idea of objects that I am trying to transfer into digital space.” Constructing objects and environments using 3-D software and simulating the way light falls upon the subject, his artificial worlds contain an uncanny realism.

Yoko Haraoka’s Mugshot series is a manifestation of her fascination with facial expressions, gestures, and extreme emotions. Coming from Japan, a culture where stoicism is common and feelings are reserved, her photographs convey  both the emotional and physical state of her characters .

dNASAb creates sculptural environments “based on the shape of genetics, nature and technology. These systems become ecosystems where a symbiotic relationship occurs between disparate materials, L.E.D.’s, fiber optics, sculptural materials, and consumer electronics.”

Jang Soon Im digitally inserts himself and/or contemporary pop stars into ancient Korean battle scenes. Like many television shows in his native Korea, there is a sense of excess and over the top kitsch as well as a romanticized quality in his work. Copying and pasting himself and Korean celebrities into his photographs, he builds an artificial universe, playing out various fantasies.

Using a traditional 35 millimeter camera, Katherine Newbegin travels internationally to photograph historic locations that are in decline or disappearing. In this series Newbegin focuses on the family owned cinema in India. Capturing the architecture of a bygone era, her photographs allude to the passage  of time and hint at the disappearing habits of local life and architecture.

Satomi Shirai floats between the worlds of Tokyo and New York City. Photographing interior spaces, she gives us clues into the life and identity of those pictured by placing personal objects within the composition. Shirai shoots at intimate angles adding a voyeuristic quality to the image.