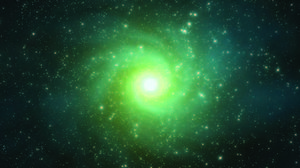 The video game industry is a multi-billion dollar enterprise and has surpassed the movie industry without many of us realizing it. Over the past 40 years, video games have altered our visual language by reintroducing a causal system as an essential rationale for pictorial construction. By way of the first person shooter (as in Doom) gaming has made the anxiety producing 'subjective view', looking through the eyes of the avatar, a ubiquitous aspect of our visual culture.   Post-Baby Boom artists have grown up participating in the expansion of this cultural phenomenon from its early incarnations in arcades to the sophisticated virtual reality and semiological layering of Call of Duty.  The exhibition, "Into The Vortex" at Lesley Heller Workspace presents 9 artists who have internalized many of gaming's features including visual syntax, gender roles, political messaging and modes of control. With the exception of Tom Bogaert, the artists favor a largely tableau manner as in painting and other still image/objects.  Their ties to art history belie and contextualize a heady contemporary discourse on the nature of self, subjectivity, desire and permanence in our increasingly cybernetic world.

Oliver Warden works against apocalyptic gaming narratives by providing alternates to their objectives. He works with hackers and modders to isolate the essential vision of the sublime embedded within and presents them as camera-less photographic works on paper.


Jean-Pierre Roy plays the gamer's ultimate role, that of world builder.  Like a post-apocalyptic Hephaestus, his avatar engineers terraforming by destroying, but always enveloped in a media altered vision of the sublime.

Taking the sublime vision to an even more subjective end, Graham Day Guerra finds a cybernetic corollary to the sacred artifact. Like Stanley Kubrik's monolith in 2001, Guerra's icons stand immutable gazing back unblinking from a virtual reality oblivion.

Tom Bogaert's 2010 Minecraft Mausoleum, a video game, pits you against president Bashar Al-Assad as he rebuilds his mausoleum which you've destroyed. This sisyphean narrative has proven prescient in light of Syria's ongoing struggle to oust him.

Aaron Zimmerman's paintings, like so many video games, sample from popular media attempting to construct a reality of nostalgia from the detritus of late 20th century sci-fi narratives.

Like an old Hollywood matte painter on George Lucas' Star Wars set, Doug Young spray paints fantastic realities on glass. Both he and John Jacobsmeyer create architectural interiors with the uncanniness of virtual reality. In Jacobsmeyer's case the interiors derived from videogame stills appear reconstructed out of plywood like an elaborate clubhouse.

Megan Burns, known for reinventing herself in the sci-fi vixen's narrative of action and seduction has ventured into another role for this exhibition, that of the 'mother brain' in "Master Computer".