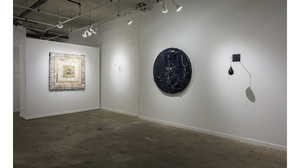 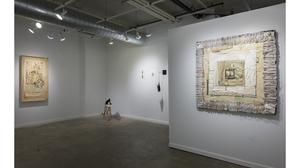 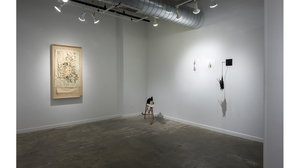 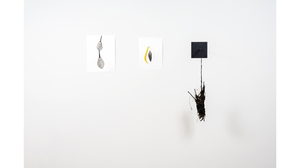 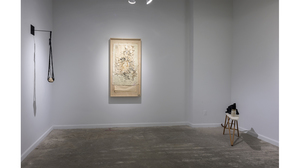 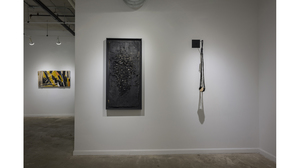 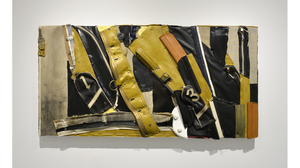 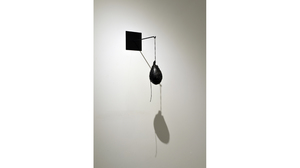 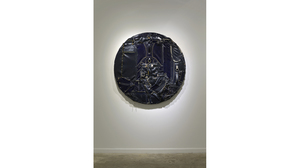 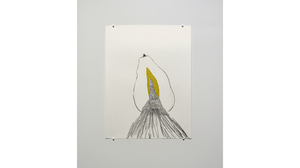 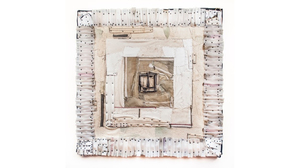 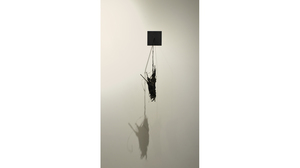 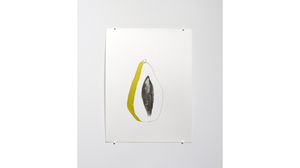 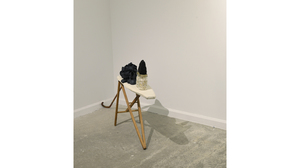 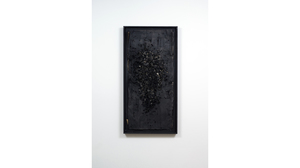 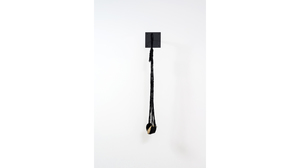 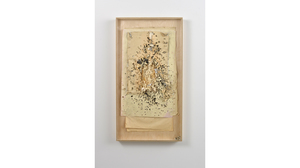 The event horizon is the boundary of a Black hole where all matter including light can either be drawn inside by its intense gravitational pull or move in any direction into the expanse of space. Likewise, artist of Black descent can dither on that boundary by either being captured by the idea of Blackness or freed from its sometime troubling history. Either through the omission of certain representations or the re-framing of such, the following artist re-use items with distinct culturalrelationships to abstract pre-conceived notions of Blackness.

On a course to explore various ways the African natural environment is manipulated and exploited through tradition, Valerie Piraino’s charred, gold, tarred and feathered fruits suspend meaning between ubiquity and the gravity of cultural associations. She creates sculptures, installations and drawings as a proxy for the landscape and bodies of the Global South.

Charles McGill whose continuous endeavor to reconcile the self in society has lead him from the invent of Arthur Negro, an alter ego golf playing Black Panther, who teed off balls on Harlem's 125th St. to his current purely abstracted golf bag assemblages which equally reveal volumes about hierarchies of power and reside in formalism.

Mitchell Squire collects artifacts that seek to elevate history’s baggage. His “Young Gladiators” series of used gun targets are meditations of life and death, which couple reflections of Robert Motherwell’s elegies with the plight of young Black men in America. Squire searches for the answers to how we make things that ultimately make us. His work goes beyond its initial encounter, creating forms that have a healthy engagement with race and space in sculpture.

These artists seek to broaden the spectrum of works of Black authorship by not confining it to traditional views of Black culture. Their works exist in two states of Black matter, which both transcend and retain history.