A Room Behind A Room: Recent Trends in Video Art 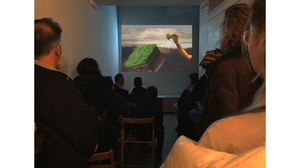 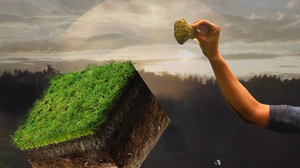 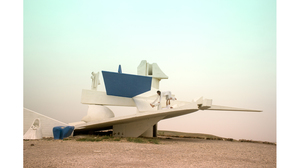 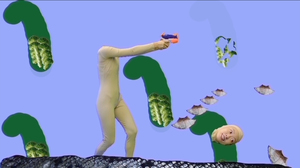 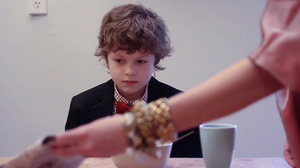 A Room Behind A Room: these windowless spaces or theaters which have for a century been portals to an expansive real world beyond or behind the room.  But now such portals lead us elsewhere. The ease in making motion graphics and visual effects allows many artists to move into realms of total fantasy circumventing the camera as a recording device, mixing animation with documentary footage. Even glossy images from mainstream media can be refit to poke holes at the stable and conventional images of the characters they seem to portray.

The four film and video artists in this exhibition all explore the ways our sense of sight — and our bodies — have swerved in this new media environment.

Sarah Lasley’s KINGS “We Are” (04:21) begins with a lavish sound track accompaniment to a video pan of crudités in plastic trays at a party hosted by ring-fingered pubescent girls, all dolled up. Deftly using humor as a tool of critique Lasley asks: “What does it mean to be on camera, to possess a mediated body?” A single boy appears and he is magnetically attracted to a decked out girl. Meanwhile, grown up girls, like Sirens, satirically play their own raucous games of seduction and mothering, dancing gorgeously on a roof top parapet enticing that single boy. Allusions to childhood return and recede.  In the last shot the girl has changed. Mastering her own representation she’s become a composite of surfaces.

Kiss a statue (05:19) by Alona Weiss is a video about a neglected public monument repossessed as a platform for Acro-Yoga practitioners who act to balance themselves using the monument as the third body or person.  It’s a dynamic power balance based on trust. The monument itself, built in l968 on the outskirts of Arad, Israel, originally served both as a commemorative statue and a Brutalist, abstract, public artwork. The commemorative story attached to the monument is lost to most visitors who see the sculpture as a place to engage in the simplest activities without knowing anything more.  To most people it’s simply a real place in real time between two deserts.
In the video the monument fills the frame like a cinematic set, its crooked angles enhanced by the angular movements of the performers. Weiss describes this as “a fourth dimension created through the camera lens that confuses the structure’s size and flattens its appearance”.
A more complex reading of this mid 20th century Brutalist sculpture also alludes to the impossible modernist dreams of utopian architecture.

In Natural Tasting (05:05) Ingrid Zhuang constructs a rapidly morphing imaginary landscape suggesting domesticity, the food chain, and the violence implicit in bioengineering. A story unfolds through a darkly funny video game that  Zhuang created where body parts, enormous utensils, various foods, new and old — chicken-pig icons, for example, or even broccoli appear and disappear on the screen metamorphosing from one life form into another. Zhuang’s performance as jeering head or headless human is both funny and ominously seductive.  Along with a gaming soundtrack it suggests a dire head/limb video game scenario played for keeps. Zhuang creates these scenes by employing an array of 2D image collages, animated gifs and green screen techniques.

Jung Hee Mun’s You Here  (04:15 ) integrates new digital platforms into her artwork using various freeware as she explores ideas about the global circulation of digital images, the politics thereof, and the construction of personal identity. The Internet is her medium. Each video is like a bit of memory or sensation that produces uncanny juxtapositions between the physical world and projected light: consider together the image of a motorized toy chick projected on a chair, a plane flying above the clouds, a screen recording of text to speech, and the explosion of an atom bomb. The sky creates metaphysical nostalgia.

For more information or to request images, please email info@lesleyheller.com or call 212-410-6120.