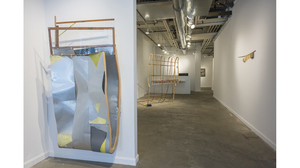 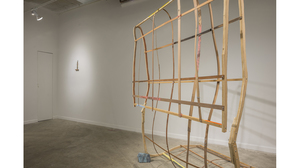 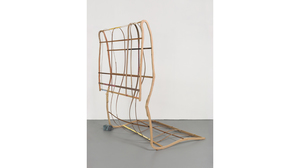 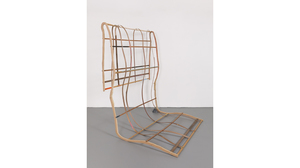 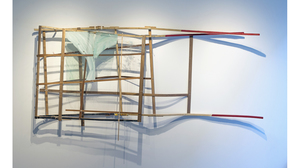 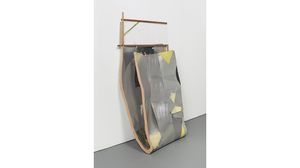 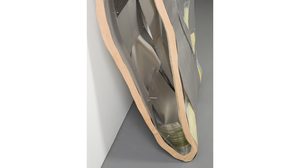 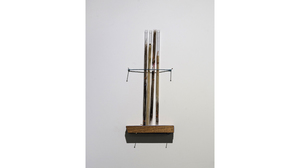 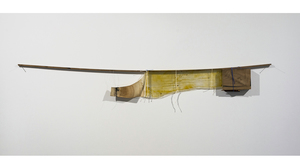 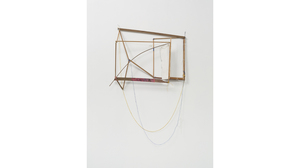 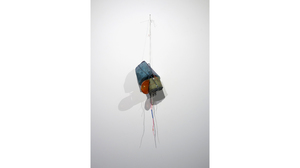 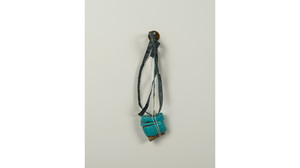 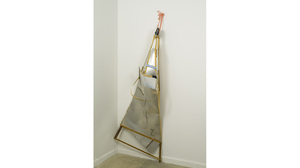 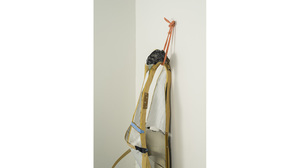 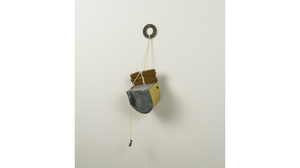 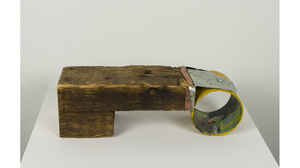 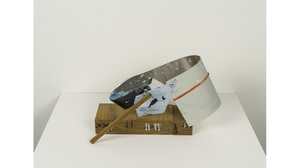 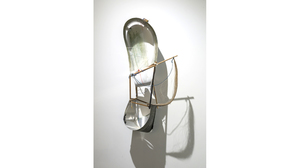 In her practice, Zarzeczna assembles and preserves collected materials, colors and found objects. Her works emanate a feeling of nostalgia and reflection along with a simultaneous sense of urban decay and nature. There is a humanness also inherent in the sculptures. By using women’s names to title her larger sculptures, Zarzeczna explores what changes in the interaction between viewer and artwork when it is titled “Annette” or “Babette” rather than “Untitled #5”. Her titles encourage the viewer to think about the relationships one can have with an object.  How artwork can function not only as a representation or exploration of form and space, but also as a manifestation of a person or being.

The pieces in this exhibition also focus on a sense of in-betweeness. They depict ideas of transition — that of an object having lost its original function due to time, damage, or the gradual process of becoming unnecessary — exploring the in-betweeness that occurs when one moves from a known situation to an unknown situation or place. Zarzeczna attempts to portray the feelings and memories stemming from misunderstandings of systems, adaptations that are required, and new ideas that come into existence from that chaos. The sculptures emit an essence of something confused, reconstructed, interpreted, and changed; and although the work is sculptural, Zarzeczna sees the pieces as drawings or constructed ideas; thinking made visible.

Monika Zarzeczna (b. 1975, Warsaw, Poland) is a Dutch–Polish artist based in New York, working predominantly in sculpture and installation. She attended the School of Visual Arts Utrecht, and the Amsterdam School of Fine Arts, receiving her BFA in painting and BA, Visual Arts Education. Her work has been shown in the Netherlands, Spain, Italy, Slovakia and the United States at venues including Museum Perron Oost (Amsterdam), SculptureCenter (New York), David Castillo Gallery (Miami) and the Spencer Brownstone Gallery (New York). She has attended the Skowhegan Residency, the WCC Center for the Arts and is a current resident at the Chashama studio program. She is part of the 2UP artist collective issuing posters exhibited in New York at Printed Matter, MoMA Library, and Bowery Poetry Club, among other venues. She lives and works in Brooklyn, NY.

For more information or to request images, please email info@lesleyheller.com, or call
212-410-6120