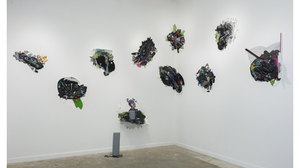 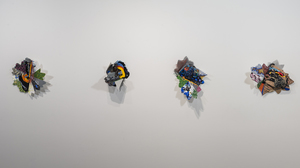 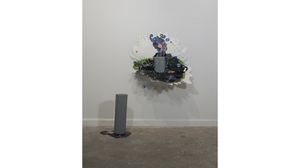 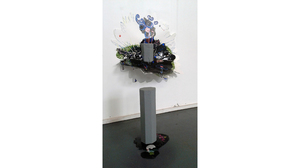 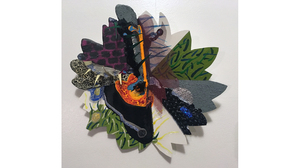 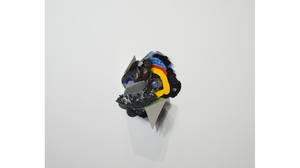 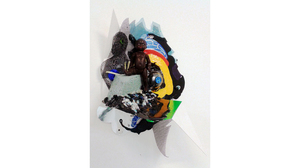 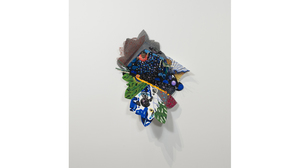 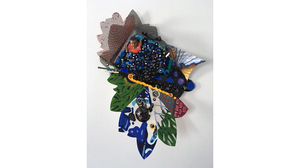 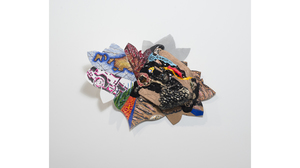 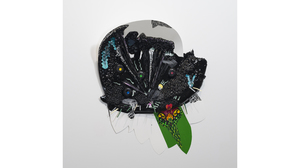 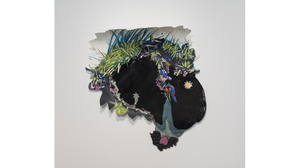 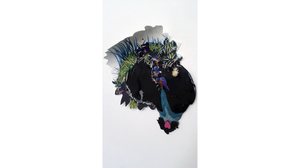 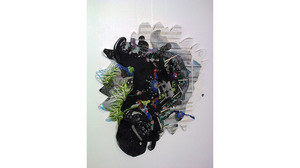 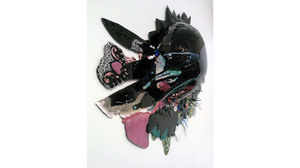 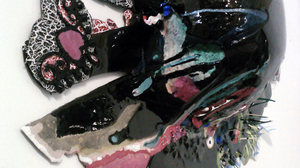 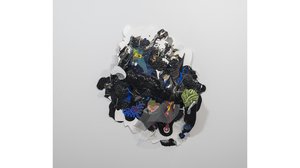 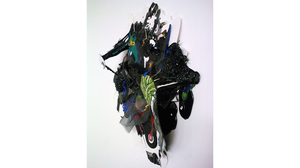 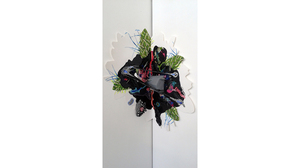 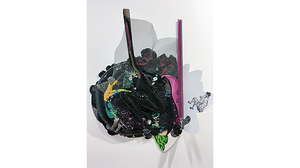 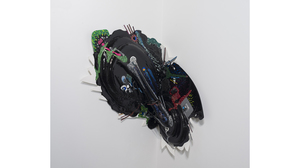 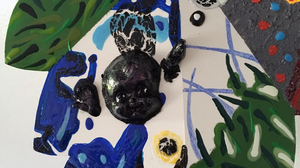 • a mental view of a succession of remembered or anticipated events: vistas of freedom seemed to open ahead of him[i]

Lesley Heller Workspace is pleased to present Nicole Awai: Vistas, the artist’s first exhibition with the gallery. Nicole Awai is known for her multi-media works that make use of non-traditional mediums such as melted vinyl, nail polish, nylon mesh, found doll parts, and synthetic paper. Her work references and is influenced by the Caribbean landscape, in particular the La Brea Pitch Lake in Trinidad, her country of birth.

Vistas is comprised of a series Awai has been creating since the mid 2000s where she has been in part, exploring characteristics of oozing in her work. The specific works in this show—produced between 2013 to 2017—were made following a 2012 Art Matters Grant the artist received to travel back to Trinidad to visit the La Brea Pitch Lake—the largest natural deposit of asphalt in the world.  Awai was searching for connections or influences to explain the use of black oozing in her work. The tar-like substance becomes an archaeological framework in her artworks to preserve and represent visual and cultural materials; a fluid yet stable visual and symbolic ground from which to explore cultural dialogs.

Vistas are the momentary glimpses of an experience. The ooze serves as a junction or space for her to engage and infuse a diverse set of meanings. Awai states that she has “come to understand that this black oozing materiality is in actuality a site of confluence - of our histories, our physical existence and the elasticity of time, space and place in the Americas.”

Nicole Awai (b. 1966, Trinidad) earned her Master’s Degree in Multimedia Art from the University of South Florida in 1996. She attended the Skowhegan School of Painting and Sculpture residency in 1997 and was artist in residence at the Studio Museum in Harlem in 2000. Awai was a featured artist in the 2005 Initial Public Offerings series at the Whitney Museum of American Art and was awarded the Joan Mitchell Foundation Painters and Sculptors Grant in 2011 and an Art Matters Grant in 2012.

Her work has been included in seminal exhibitions such as Greater New York: New Art in New York Now, at P.S. 1/ MOMA (2000), the Biennale of Ceramic in Contemporary Art (2003), Open House: Working in Brooklyn (2004), Infinite Island: Contemporary Caribbean Art (2007) both at the Brooklyn Museum and the 2008 Busan Biennale in Korea. Her work has also been exhibited at the Queens Museum, Kemper Museum of Contemporary Art, The Vilcek Foundation, The Biennale of the Caribbean in Aruba (2013) and Susan Inglett Gallery.

Recent exhibitions include SHE: Deconstructing Female Identity at ArtsWestchester and Splotch at Sperone Westwater. Awai was a Critic at the Yale School of Art in the Department of Painting and Printmaking from 2009-2015 and is currently faculty in the Department of Art and Art History at the University of Texas at Austin.