Caroline Woolard: "Carried on Both Sides" 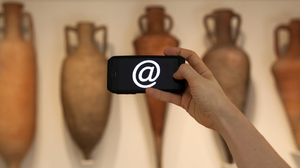 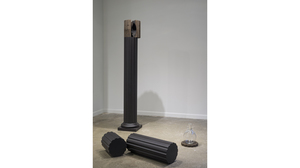 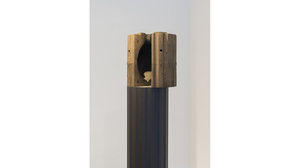 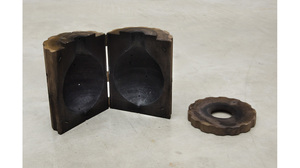 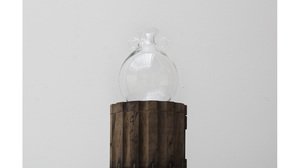 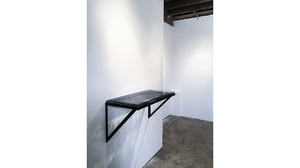 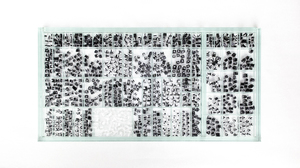 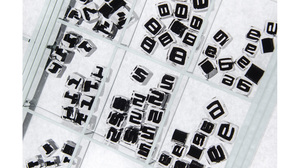 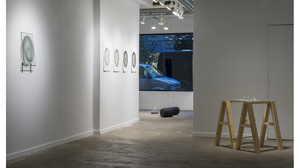 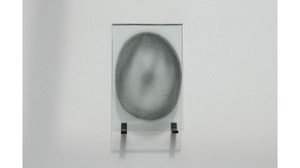 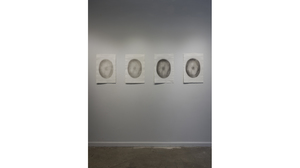 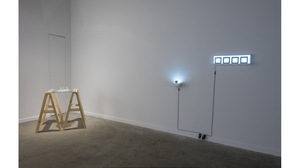 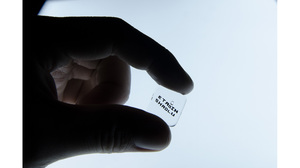 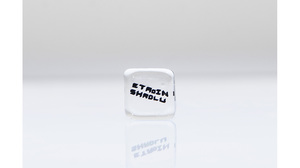 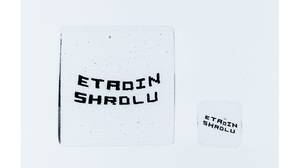 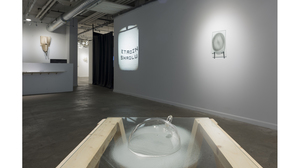 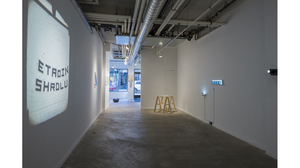 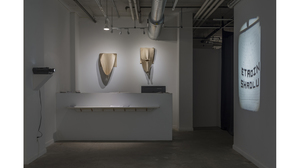 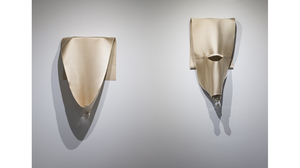 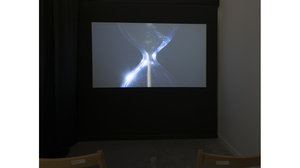 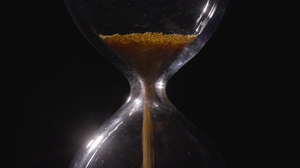 Lesley Heller is pleased to present Encounter One of Carried on Both Sides, a three-part immersive exhibition and collaboration between Caroline Woolard, Helen Lee, Alexander Rosenberg and Lika Volkova that uncovers the history of the @ symbol. The installation presented at Lesley Heller directs attention specifically to our contemporary digital world and the imperial residues that exist in it; chiefly the ubiquitous @ symbol.

The exhibition stems from an insistence that imperial forms long outlive the empire from which they were generated. Tributes to this can be found today on many college campus and government buildings where the use of classical columns is abundant. American currency also contains many of these icons; the nation’s symbol—the bald eagle—can likewise be traced back to the myth of the founding of Rome. The @ symbol is derived from what was originally a graphic representation of a Roman vessel—the amphora—written with a flourishing @. Amphorae were primarily used as containers to transport tributes such as olive oil and grains from the periphery back to Rome. At the height of Roman power, so many of these amphorae were sent to Rome that they were discarded into a landfill of shards and handles reaching 115 ft high and covering 220,000 sq ft, known today as Mt. Testaccio.

For Carried on Both Sides, the four artists worked together to collectively investigate the material history of classical shapes from the Roman Empire as they have come to structure our online world and our current economic environment, which social theorist Jodi Dean calls “communicative capitalism.”  If in the 19th century, the capitalist imperative was to “produce”; today it is to “communicate.” Online has now become omnipresent. Using the legacy of the @ symbol as a provocation, these artists have crafted new imperial artifacts. The project consists of three exhibitions over the next year. Each exhibition will reveal a unique addition to the project. At Lesley Heller, clay amphorae are transmuted into glass by Alexander Rosenberg; hand pulled glass murrine by Helen Lee recall the pixelated imagery of digital computing; a single-channel video by Caroline Woolard records an hourglass which never runs out; kevlar forms by Lika Volkova drape from the walls.

Carried on Both Sides is the result of two years of collaborative work between Woolard, Lee, Rosenberg and Volkova and was supported by residencies at Pilchuck Glass School and UrbanGlass.

For more information on this project, see: http://CarriedOnBothSides.com

Caroline Woolard (born 1984, Rhode Island) co-creates projects and institutions at the intersection of art, technology, and political economy. Recent commissions include Listen, Wave Pool, Ohio (2018); WOUND, Cooper Union, New York, NY (2016); Capitoline Wolves, Cornell University, Ithaca, NY (2016), and Exchange Café, MoMA, New York, NY (2014). Woolard’s work has been celebrated by the National Endowment for the Arts, where she delivered the 50th Anniversary keynote (2017) and in New York Close Up, the PBS / Art21 documentary series (2017). Recent scholarly writing on her work has been published in the Brooklyn Rail (2017); Artforum (2016); Art in America (2016); The New York Times (2016); and South Atlantic Quarterly (2015). Recent visiting artist lecture appointments include the School of the Art Institute of Chicago (Chicago, WI); Williams College (Williams, MA); the University of California at Berkeley (Berkeley, CA); the Malmo Art Academy (Malmo, Sweden); University of Wisconsin at Madison (Madison, WI); and the Royal Danish Academy (Copenhagen, Denmark). Woolard holds a BFA from Cooper Union (Sculpture, 2007) and is a recipient of the Rockefeller Cultural Innovation Fund (OurGoods, 2010-2012), the Antipode Scholar-Activist Project Award (Community Economies Collective, 2016), and the Theo Westenberger Estate Fund (2015). Woolard has been named one of 11 Artists to Transform the Art World (2017), has been listed in the WIRED Smart List (2013), ArtNet's Top 20 Female Artists (2015), and in the Top 100 Women for the Commons by the Peer to Peer Foundation (2014). Woolard is an Assistant Professor of Sculpture at the University of Hartford and a mentor in MFA Fine Arts at the School of Visual Arts.

Helen Lee (born 1978, New Jersey) is an artist, designer, educator, and glassblower. She holds an MFA in Glass from the Rhode Island School of Design and a BSAD in Architecture from the Massachusetts Institute of Technology. Her honors include the inaugural Irwin Borowsky Prize in Glass Art in 2013 and the Edna Wiechers Arts in Wisconsin Award in 2014. She was nominated for a Louis Comfort Tiffany Award in 2015 and a USA Fellowship in 2016. Most recently, Lee received the Gold Award in the 2016 Bullseye Emerge exhibition. Her work is in the collections of the Minnesota Museum of American Art, the Corning Museum of Glass, the Chrysler Museum Glass Studio, and Toyama City Insitute of Glass Art. Lee has worked as a freelance graphic designer for Chronicle Books and Celery Design Collaborative, and was an Affiliate Artist at Headlands Center for the Arts from 2009-2011. She has taught at Rhode Island School of Design, California College of Art, Toyama City Institute of Glass Art, Pilchuck Glass School, Haystack Mountain School of Crafts, Pilchuck Glass School, the Chrysler Museum Glass Studio, and the MIT Glass Lab. She is currently an Assistant Professor and Head of Glass in the Art Department at the University of Wisconsin-Madison.

Alexander Rosenberg (born 1981, Rhode Island) is a Philadelphia-based artist, educator and writer. He received a BFA in glass from Rhode Island School of Design and Master of Science in Visual Studies from MIT. His artistic practice is rooted in the study of glass as a material, in conjunction with broad interdisciplinary investigation crossing over into many other media and research areas. Alexander pursues his practice with artist residencies, teaching, performances and exhibitions locally and internationally. He is a founding member of Hyperopia Projects (2010 - present) and was an artist member of Vox Populi Gallery (2011 - 2015) in Philadelphia where he also heads the glass program at University of the Arts. He is the recipient of the 2012 International Glass Prize, UArts FADF Grant, and the deFlores Humor Fund Grant (MIT). He has attended artist residencies at The MacDowell Colony, STARworks, GlazenHuis in Belgium, Rochester Institute of Technology, and Worcester Craft Center. He has taught workshops at The Studio at The Corning Museum of Glass, RIT, Ohio State University, San Jose State University, and Salem Community College.

Lika Volkova (born 1978, Ukraine) is an artist and fashion designer based in Brooklyn New York. Her sculptures and garments have been shown at the Museum of Art and Design, and the Queens Museum of Art. Volkova’s label SANS was featured in Vogue, Metal, and Hint, and her work has been commissioned by PERFORMA. Her forthcoming New Economic Policy installation will be shown at The Luminary in St. Louis and at the Ross Art Museum in Ohio in 2018.