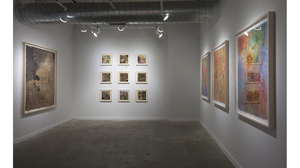 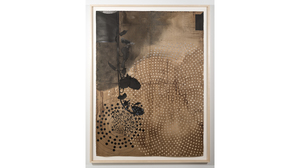 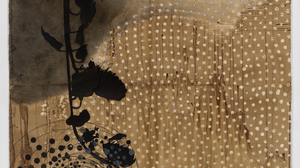 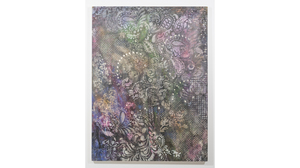 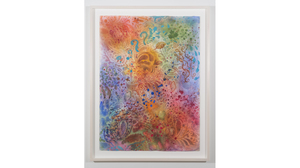 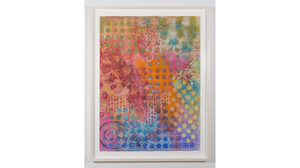 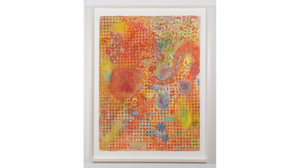 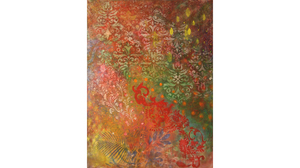 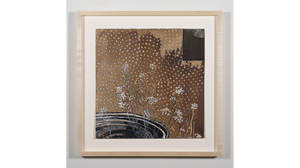 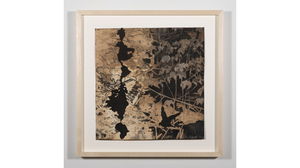 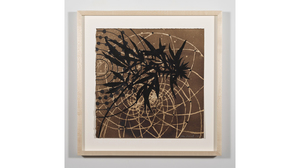 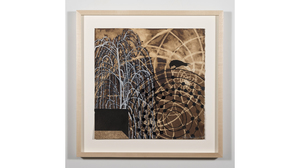 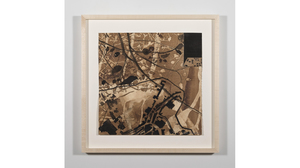 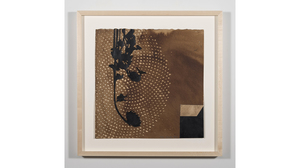 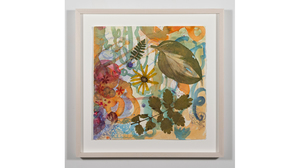 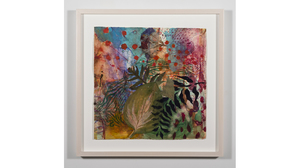 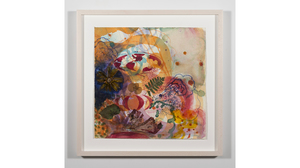 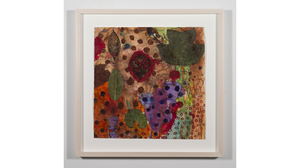 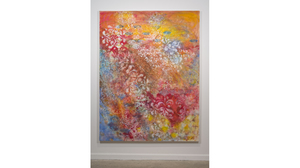 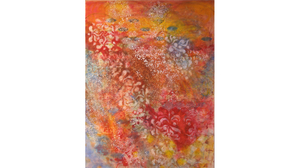 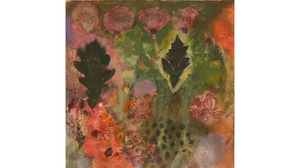 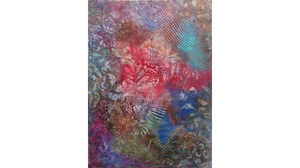 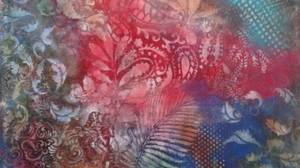 Lesley Heller presents Slipstream, a two-person exhibition of paintings and works on paper by Ken Buhler and Ellen Driscoll.

The exhibition explores the parallel use of botanical imagery and motifs with abstracted and geometrical elements in both artists’ work.

Ken Buhler’s work pulls inspiration from wildflowers clinging to the sides of wind hammered rocks, or dotting the muddy banks of streams. Buhler often collects, dries and catalogs these flowers and mines his collection for painterly inspiration.  For example, Queen Anne’s Lace, named for the elegant adornments of royalty, graces the side of neglected country roads, with its tiny clusters of detailed half-globes creating a startling overlay of ivory. Working with washes of bold color, meandering lines, stencils, and rubber stamps, Buhler creates paintings and watercolors that feel new yet familiar, revealing a world which is luminous and layered.

In Ellen Driscoll’s ink-on-paper pieces urban plants that thrive in densely populated areas are drawn into allegorical tableaux that speak to environmental change and adaptation. Some of the plants in her herbarium are used for remediation of toxins for both humans and soil—such as the sunflower which is used to revive the radioactive earth at Chernobyl. Other plants that she includes are found growing wild in urban empty lots or clinging to abandoned buildings. Using walnut ink that is removed to create a kind of “ghost” image, the brown ink in the drawings creates a surface that shows the historic trace of the ink’s initial flow while also evoking the color of parched earth.

Together, the works by Buhler and Driscoll turn a lens towards the plants that thrive unattended at the margins of our daily lives, bringing to focus that which surrounds us but is often overlooked.

Ken Buhler (b.1955, Iowa) is known for his paintings, drawings, and prints which blend abstraction and botanical imagery. Solo exhibitions include at Lesley Heller Gallery, O'Hara Gallery, Michael Walls Gallery, and the Beach Museum of Art, Kansas. His work is a part of numerous public and private collections, including the Wichita Museum of Fine Art, the de Saisset Museum, Santa Clara University, the Maslow Collection, IBM, and the Ulrich Museum of Fine Arts, Wichita, Kansas. Notable grants and fellowships include the Pollock-Krasner Foundation (1987, 2009), the New York Foundation for the Arts (1994, 2009), the National Endowment for the Arts (1987), and fellowships at The MacDowell Colony in 1983 and 2003. In recent years he has worked on print projects with Jungle Press of Brooklyn, VanDeb Editions of NYC, and Oehme Graphics of Steamboat Springs, Colorado. Buhler is currently artist in residence at Bard College, where he has taught since 2000 and divides his time between studios in Brooklyn and in Masonville, NY.

Ellen Driscoll (b.1953, Boston, MA) is a multi-disciplinary artist whose work encompasses sculpture, drawing, and public art installation. Notable fellowship awards include the Guggenheim Foundation, the National Endowment for the Arts, the Bunting Institute at Harvard University, the New York Foundation for the Arts, the Massachusetts Council on the Arts, the LEF Foundation, the Rhode Island Foundation, Anonymous Was a Woman, American Academy of Arts and Letters, and a Siena Arts Institute Fellowship. Recent large scale installations include public art for Middle College High School and the International High School in Queens,NY;  the Sarasota National Cemetery;  the Providence River; and Smack Mellon in Brooklyn. Earlier works include installations at the Whitney Museum, Phillip Morris, Grand Central Terminal, Smith College Museum of Art, and Raleigh Durham airport. Her work is included in major private and public collections including the Metropolitan Museum of Art, and the Whitney Museum of Art.  Ellen Driscoll is currently Program Director of Studio Arts and Visiting Professor of Sculpture at Bard College.