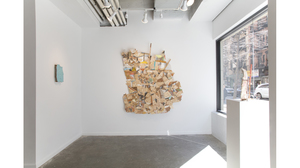 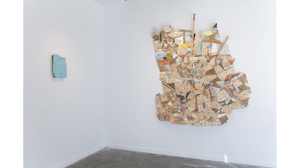 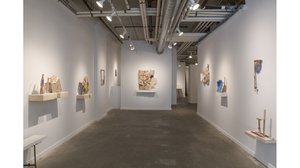 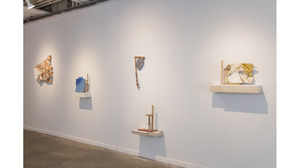 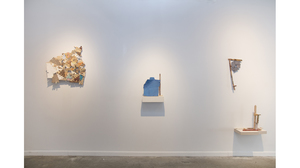 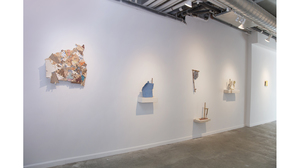 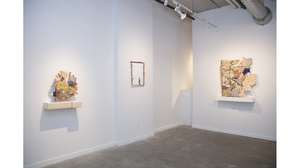 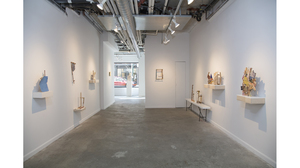 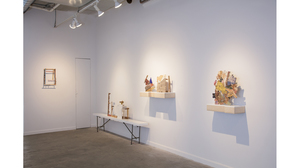 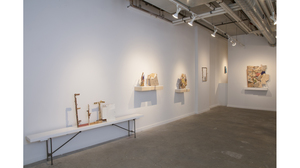 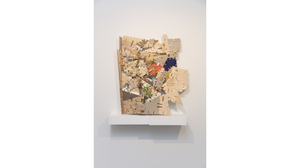 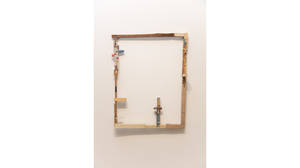 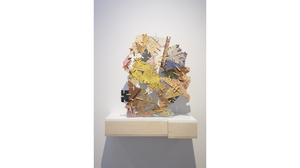 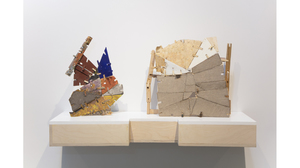 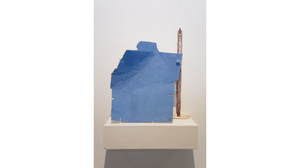 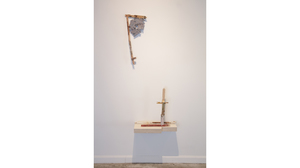 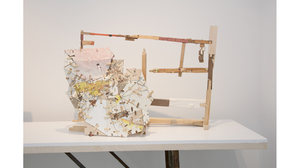 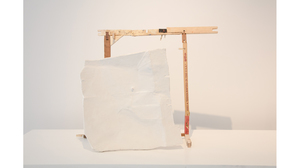 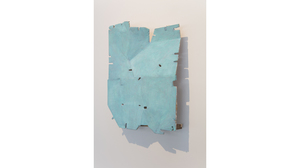 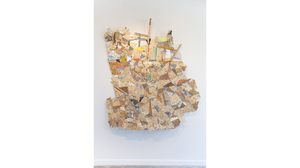 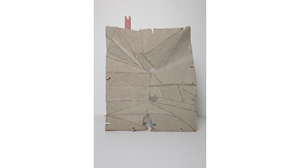 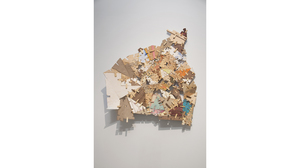 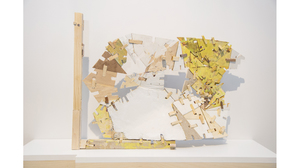 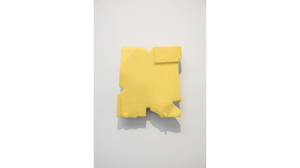 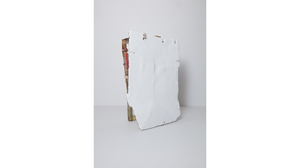 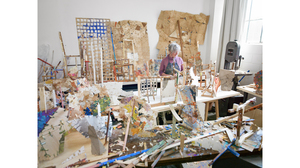 Lesley Heller is proud to present Home is a Foreign Country, Helen O’Leary’s second solo exhibition with the gallery.

Helen O’Leary’s work has been described as an un-writeable novel. Her paintings hold a history of their past lives—her panels fashioned from pieces of previous paintings, cloth, and other materials at hand in the studio—and draw deeply on the Irish musical tradition of Sean Nos, (in the old style), a form of cultural and personal lament usually sung by an aging singular voice. These narratives become woven together, just as the materials have, to create non-representational three-dimensional pieces that are finished with a delicate coat of egg tempera and resonate as paintings, and as objects, that hold a story beyond what is immediately visible.

“I knit with wood,” O’Leary states, “building and bending the painting out of the ruin of its own making. Each piece is cobbled together from the chiseling of earlier attempts. I think of the constructed forms as the upholstery and bulge of middle age, or body shields, blank places for new memory. The backs of the pieces show the construction and the front is cushioned with layers of linen, marble dust, and a thin layer of egg tempera.”

The work is three dimensional, it is painting that can stand by itself, painting that has its own scaffolds, frames and supports; its own architecture. However, O’Leary’s response is always “I don't see them as anything other than painting.” whenever asked about the sculptural qualities of the works.

The exhibition features a combination of O’Leary’s larger constructed paintings along with table installations—such as her piece which won the Sculpture Purchase Prize at the American Academy of Arts and Letters in 2017—and her stand-alone works. The paintings, whether displayed on frescoed shelves, silverpoint tables, or hanging directly on the wall explore painting as both process, and story.

Helen O’ Leary (b.1961, County Wexford, Ireland) attended the National College of Art and Design, Dublin before receiving her BFA (1987) and MFA (1989) from the School of the Art Institute of Chicago. She has been honored with a John Simon Guggenheim Fellowship (2010); two Pollock-Krasner awards (1989, 1996); the Joan Mitchell Award for painting and sculpture (1999); Skowhegan School of painting and sculpture residency; several grants from the Arts Council of Ireland; residencies at the Tyrone Guthrie Centre in Monaghan, Ireland, the Fundacion Valparaiso in Almeria, Spain; the Culturel Irlandaise Fellowship, Cill Rialaig, Ireland, Golden Artist Residency, MacDowell fellowship and most recently Yaddo Fellowship.

She has participated in Solo and invitational exhibitions internationally, including at the American Academy of Arts and Letters, NY; The MAC Belfast; National Gallery of Art in Limerick, Ireland; the Glasgow Museum of Art in Scotland; Lesley Heller Gallery, NY; the Galerie le Petit Port in Leiden, The Netherlands; the Contemporary Arts Centre in Sydney, Australia; The Zolla/Lieberman Gallery in Chicago; the Victorian College of the Arts in Melbourne, Australia; the Kerlin Gallery in Dublin; and Fenderesky Gallery, Belfast. She currently lives in Jersey City NJ and Leitrim, Ireland.