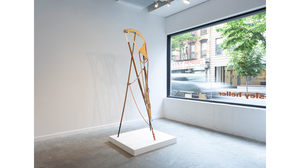 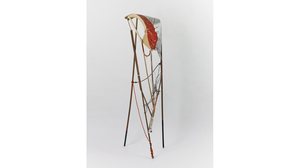 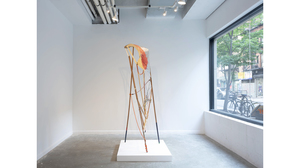 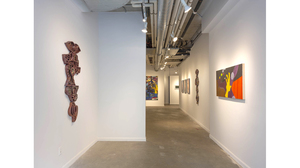 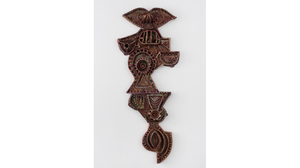 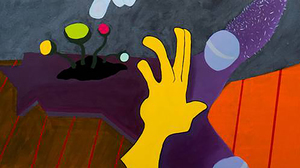 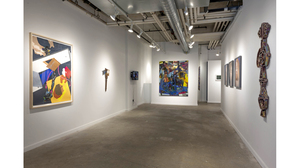 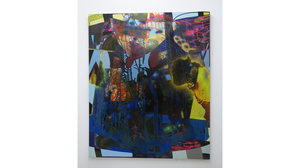 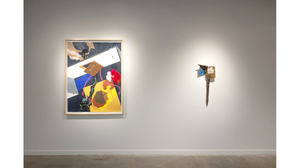 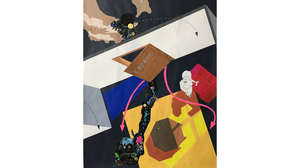 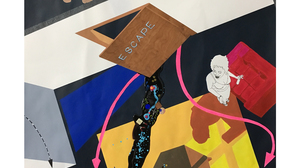 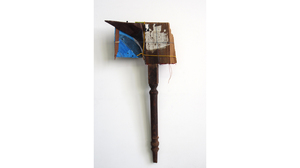 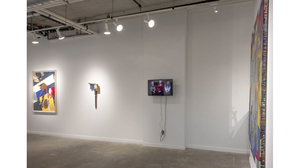 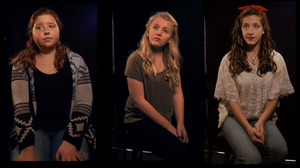 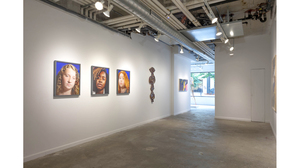 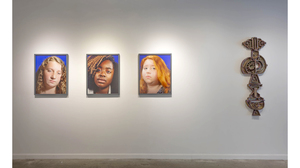 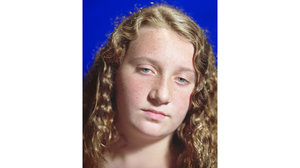 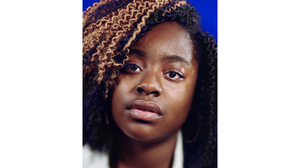 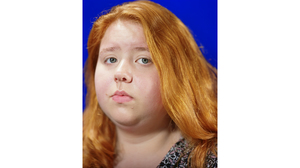 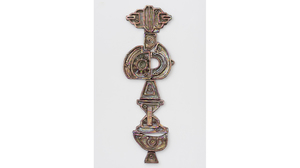 Lesley Heller Gallery is pleased to present Said by Her, an all woman exhibition exploring female identity in art today. Each of the six featured artists investigates female presentation in their work—psychologically, physically, sexually and culturally—making a statement on this theme through their own unique mediums and processes.

Nicole Awai is known for her multi-media artworks that make use of non-traditional mediums and feature some form of oozing materiality.  For Awai, the ooze represents the permeating, irrepressible, unrelenting accumulation of our present psychological, political and physical reality. In No Escape (Hatch) 4, 2017 Awai depicts herself viewed from above, calmly sipping a cold beer, seemingly oblivious or resigned to the presence of the ooze that has breached the threshold of her personal space.

Julia Kunin looks at gender and sexuality through her ceramic wall reliefs. They are a merging of body, machine and architecture; a fortress ready to be weaponized. Using an iridescent glaze, Kunin creates multiple reflections within the figures, resulting in a surface that is dynamic, iridescent, and ever changing. Body imagery and architecture become intertwined in her work, creating portraits that verge on the robotic and otherworldly. The destabilizing psychedelic color enables these figures to change and move in their ever-shifting narrative.

Eva O’Leary’s video and photographs explore the difficult years of female adolescence. O’Leary worked with a group of girls between the ages of eleven and fourteen, photographing and filming their reactions to their own image through a two-way mirror. These girls, who belong to a generation fluent in selfies, understand how to construct identity through images. Nonetheless, the gulf between their appearance and the commercial imagery with which they are inundated remains vast. The portraits—made with a large-format 8x10 camera—capture the intricacies of self-presentation and highlight a young woman’s discomfort when she sees an image in the mirror that fails to live up to her desires.

Erika Ranee builds abstract paintings layered with the detritus of her daily experiences which express the small rhythms of life on a grand scale. Her work presents the female body on a cellular level: broken down into actions, gestures and materials. Each painting begins with a pour of paint, an exercise in following her senses and becomes—with each new layer—a time capsule on canvas. Like pages from a journal, the paintings reveal a story of experiences, and act as a counterpoint to the transient impermanence of this age of digital communication.

Alexandria Smith’s paintings weave together memory, autobiography and history. Smith’s mixed media works explore the “transformative girlhood experiences that shape the women we become and illuminate the complexities of Black identity.”  Smith deconstructs images of the female body: legs, hands and pigtails, which become characters and landscapes in her paintings—in essence, a topography of her psyche. The abstract tableaux created are a fictional coming of age narrative that represents bodies in flux and explore issues of identity, gender, sexuality and psychology.

Monika Zarzeczna’s sculptures focus on a sense of in-betweeness. They depict ideas of transition—that of being an immigrant from one culture trying to fit into a new culture. Zarzeczna portrays the feelings and memories that stem from the misunderstandings, adaptations, and new ideas created from the chaos of adjusting to a new place. Although the work is sculptural, Zarzeczna sees her work as drawings or constructed ideas; her thoughts made visible. There is a humanness inherent in her sculptures which is reinforced by using women’s names as titles for many of her works. Her titles encourage the viewer to think about the relationships one can have with an object.  How artwork can function not only as a representation or exploration of form and space, but also as a manifestation of a person, memory or feeling.