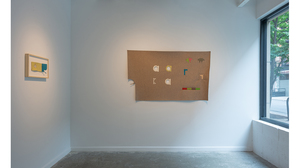 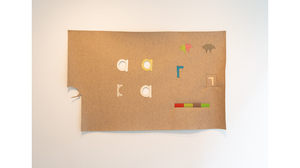 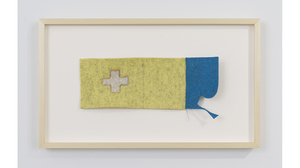 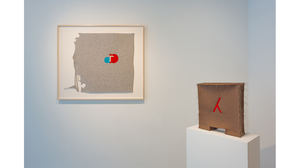 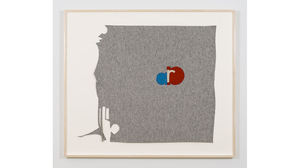 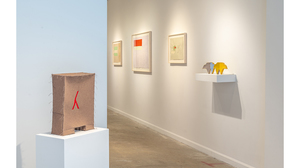 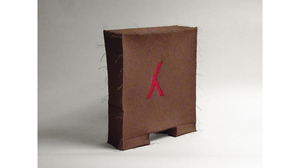 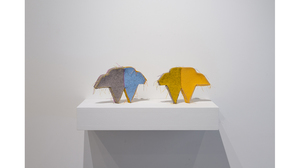 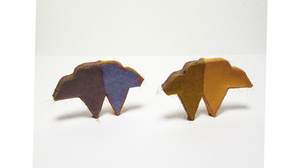 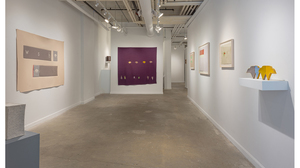 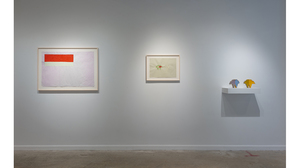 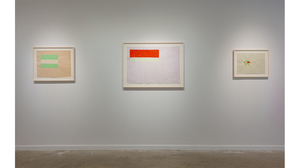 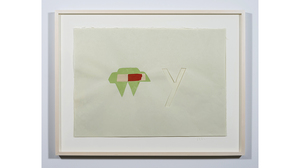 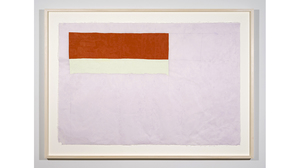 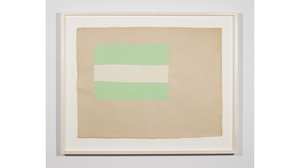 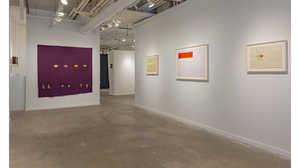 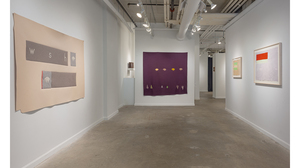 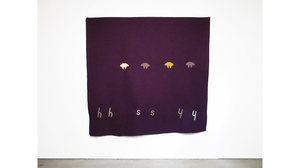 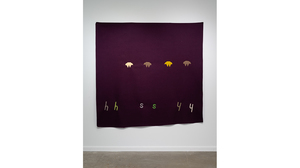 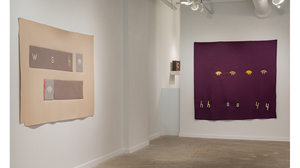 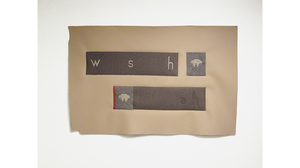 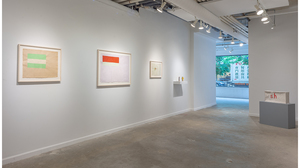 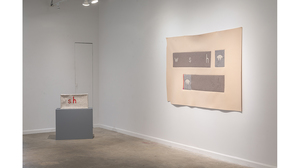 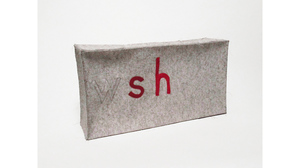 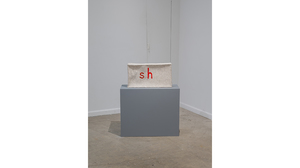 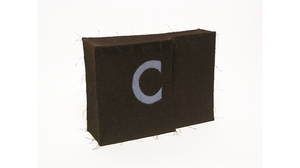 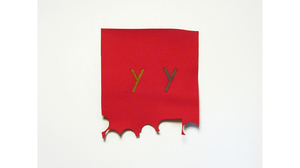 Lesley Heller Gallery is pleased to present, See Why, an exhibition of new work by Cyrilla Mozenter. A follow-up to her previous exhibition with the gallery—the failed utopian (2015)—See Why continues Mozenter’s focus on wool felt sculptures, large scale wall-hanging felt works, and delicate framed works on paper. The artworks further explore Mozenter’s abstract narratives of text and sound—animated through personal pictographic imagery—and the deconstruction of letters as both images and sounds.

Mozenter’s practice is influenced by the writings of Gertrude Stein. Explorations of the phonetic sounds of letters have also been a reoccurring element in Mozenter’s work, doubling at times as the works’ titles. The letters and titles are playful and absurd; and defy singular interpretations.

The letters 'a r' appear frequently in the felt work. “I started using them initially because I responded to the sound—like a motor.” Mozenter writes, “At the same time, it sounds the same as the word 'are' (we exist, we are alive).” Combinations of letters rarely if ever spell a recognizable word, but are instead suggestive of sounds and the types of breath required to make them. The title of the piece “w s h" for example is essentially a long exhale; almost a sigh.

The longstanding attraction to industrial wool felt as a medium stems from both an interest in textiles as an historical art form—such as medieval tapestries or the fiber sculpture movement taking root in the 1960s—as well as the specific relationship between the words text and textile: ‘text’ stemming from the Latin textus, its original meaning translating to ‘a woven thing.’

See Why take a focus on select letters from the alphabet: w, s, h, y, a, r. The ‘w’, a specific focus in this body of work, takes on a creature-like form, especially in the sculpture guardians; itself perhaps as close as Mozenter would come to a figure in her work.

In her paper works, band-aids as collage elements have returned. These first made their appearance—together with wooden popsicle sticks—in Mozenter’s Very well saint series, exhibited at The Drawing Center in 2000 and again in her More saints seen series exhibited at the Aldrich Contemporary Art Museum in 2006. There is resonance between the band-aids, the cuts and cutouts, as well as the stitching and use of felt fragments, cast-offs, rejects, and remnants. It is an act of marking, but also of mending the surface of the works.

New with this work though is Mozenter’s tendency to leave the rough edges of the felt as is. This adds a visual tension in the work, forcing each piece to acknowledge its own scars, never allowing the felt to fully escape the history of its previous iterations. “I don’t like the act of tidying up” states Mozenter, an interesting statement, given the subtle and extremely deliberate marks—such as the hand stitched silk thread and quiet pencil marks—that carry so much weight in each piece.

Cyrilla Mozenter (b. Newark, NJ) is a New York artist working predominantly in industrial wool felt and paper. Her work makes frequent reference to the writings of Gertrude Stein and abstract narratives of text and sound. Solo exhibitions include the failed utopian & Other Stories at FiveMyles, Brooklyn, NY (2018); the failed utopian at Lesley Heller Workspace, NY (2015); warm snow: Sculpture in Two and Three-Dimensions at Garrison Art Center, Garrison, NY; warm snow at Adam Baumgold Gallery, NY; More saints seen at The Aldrich Contemporary Art Museum, Ridgefield, CT; Cuts and Occasionsat Dieu Donné Papermill NY; Very well saint at The Drawing Center NY; Undercurrent at Espaço Cultural Municipal Sérgio Porto, Rio de Janeiro; and Secret Ears at BAM Brooklyn, NY; She has been in residence at Dieu Donné Papermill, the Kohler Arts Center, Sheboygan, WI; and Instituto Municipal de Arte e Cultural-Rioarte, Rio de Janeiro. Jacqueline Ruyak's article about Mozenter's work with felt appeared in the Winter 2010 issue of Surface Design Journal. The artist discusses her work with paper in the Summer 2013 issue of Hand Papermaking. She has received two fellowships from NYFA and two project grants from The Fifth Floor Foundation. Her work is in numerous public collections including the Brooklyn Museum, the Walker Art Center, the Portland Art Museum and the Yale University Art Gallery. She taught in the MFA program at Pratt Institute (1985 - 2015) and is currently working on a collaborative book project.