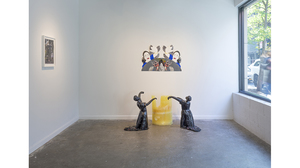 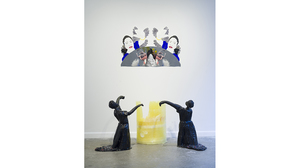 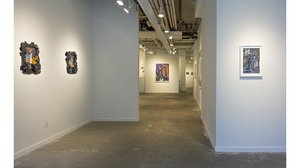 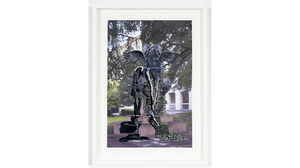 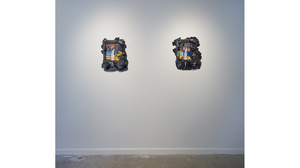 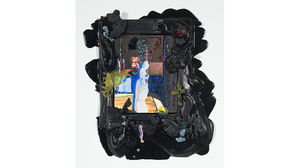 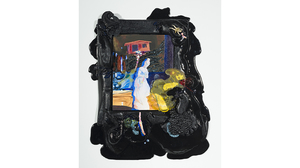 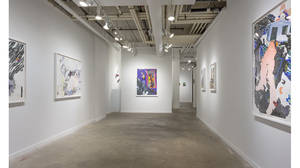 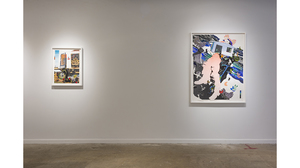 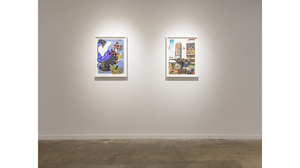 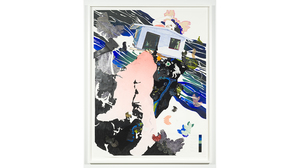 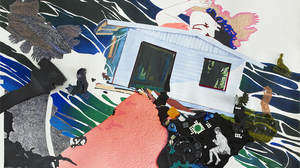 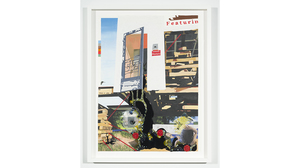 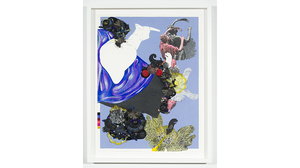 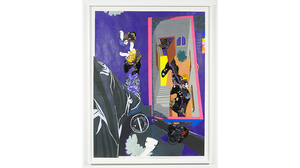 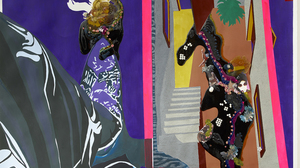 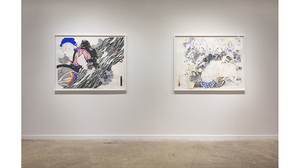 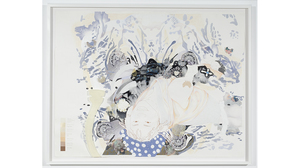 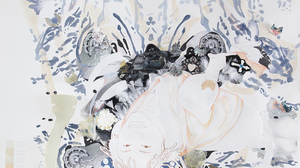 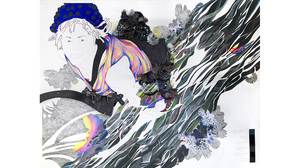 Lesley Heller is excited to announce an upcoming solo exhibition of Nicole Awai.

Nicole Awai is a multi-media artist best known for her work that incorporates non-traditional materials—including nail polish, black resin, and found objects—to create forceful artworks with a sculptural edge that explore elements of the ‘American experience’. Born in Trinidad and based between Austin TX and Brooklyn NY, her practice investigates the interaction between that which comprises the entirety of the Americas, and its relational influence on the United States. “The history of the Americas is about malleability; the shaping and reshaping of resources and culture. It is an evolving, and revolving phenomena of transformation through the movement of bodies and materials,” Awai states. She responds to events and ideas within this interaction, often pulling from her own experience mixed with a language of art history to illustrate points.

Throughout her extensive career, Awai has worked with a diverse range of unusual materials and reoccurring elements. The motif of the ‘Ooze’ for example has long inhabited Awai’s work, first making its appearance in 2001. It is once again present in Envisioning the Liquid Land as an embodying relief element “permeating irrepressible and unrelenting accumulation of our present and past psychological, political and physical reality.” It is a material that to her consumes and mirrors all that it encounters. Some of her pieces are more abstract, while others are specifically representational. Consistent throughout though are the purposely ambiguous spatial familiarities; a multitude of parts that combine into a complex mixture of visual and symbolic elements.

Awai does provide her own version of a map legend within the works though in the form of The Sensation Code. A returning element from her long running series Specimens from Local Ephemera (2003–2011), The Sensation Code is a method of demarcation, naming, placing, situating, assignment and identification. It consists of chips of nail polish lacquers arranged and listed with their corresponding manufacture’s color names and cosmetic company’s designations. This legend—with names like Invincible, Black and Blue or All the White Stuff—is there for viewers to use as they will, at their will.

Awai’s painted relief works on paper in this exhibition are also informed by her research for other recent projects including as her multi media installation, Persistent Resistance of the Liquid Land for the exhibition Alchemy at BRIC in Brooklyn (2018) and Spirit of Persistent Resistance of the Liquid Land, commissioned by the New York Times for the Op-Ed project: Monuments for a New Era (August 12th, 2018), where six artists—Nicole Awai, Dread Scott, Titus Kaphar, Ekene Ijeoma, Ariel Renee Jackson and Kenya Robinson—were asked to imagine replacements for recently removed statues celebrating the Confederacy. Works in the exhibition also make reference to Reclaimed Water CC’d, a poster image Awai created for the on-going exhibition: New Monuments for New Cities for the High Line Network Initiative.

This inextricable union—of inherent narratives and inescapable histories that are embedded in all materiality—is the basis for Envisioning the Liquid Land, a painted and sculptural interpretation/manifestation on the process of cultural dominance and assimilation in the Americas.

Nicole Awai (b. 1966, Trinidad) earned her Master’s Degree in Multimedia Art from the University of South Florida in 1996. She attended the Showhegan School of Painting and Sculpture residency (1997) and was artist in residence at the Studio Museum in Harlem in 2000. Awai was a featured artist in the 2005 Initial Public Offerings series at the Whitney Museum of American Art and was awarded the Joan Mitchell Foundation Painters and Sculptors Grant in 2011 and an Art Matters Grant in 2012.

Her work has also been exhibited at the Queens Museum, Kemper Museum of Contemporary, The Vilcek Foundation, The Biennale of the Caribbean in Aruba (2013), and Susan Inglett Gallery. Other recent exhibitions include Figuring the Floral, Wave Hill, NY; Summer Affairs at Barbara Davis Gallery, Houston, TX. SHE: Deconstructing Female Identity at ArtsWestchester and Splotch at Sperone Westwater. Awai was a Critic at the Yale School of Art in the Department of Painting and Printmaking from 2009-2015 and is currently faculty in the Department of Art and Art History at the University of Texas at Austin.