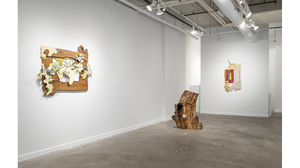 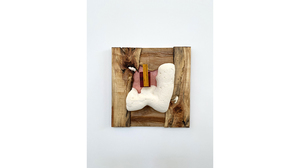 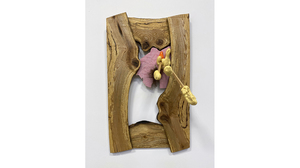 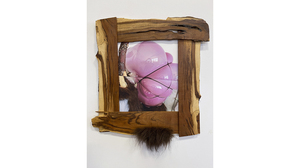 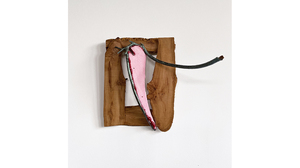 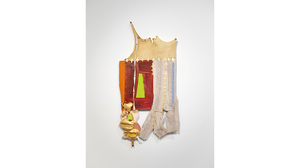 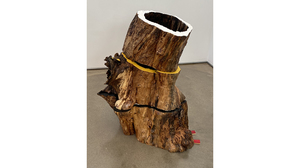 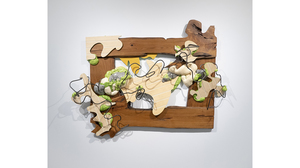 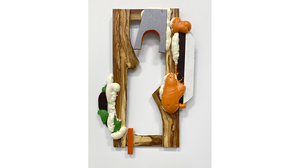 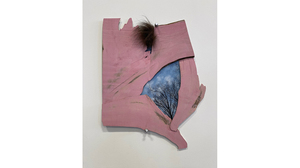 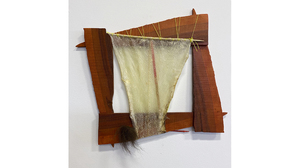 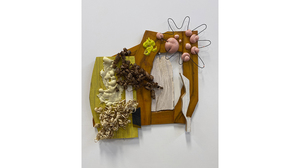 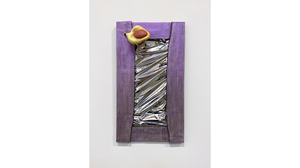 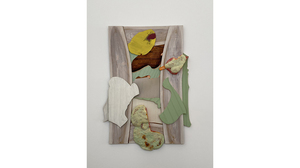 For this exhibition, Hepper—who is primarily known for her freestanding sculptures and work with photography examining sculptural space—has focused predominantly on wall-mounted relief works. These relief assemblages are centered around ideas of the frame as both container and support. The frame-like structure—a surrounding element of raw cut wood—began as a structure to hold or encompass the work and has evolved into its own new body of work.

Hepper’s work represents an ongoing dialogue between materials, the body, and landscape. Her work reflects her rural upbringing—raised on a ranch within the Standing Rock Reservation in South Dakota—and from the subsequent relationships she developed with landscape, materials, and the natural world.

Her materials—wood, fur, branches, foam and archival pigment prints—at times can be visually deceptive. She uses photography as a trompe l'oeil; incorporating manipulated images of her previous sculptures into the new pieces. This calls into question the relationship between image, and object, and places the viewer above, below or beside elements of the sculptures in a provocative way. The works have the ability to absorb each element, suggesting an object-body entanglement that invites a questioning between animate/inanimate, body/landscape, culture/nature and human/animal. Hepper’s artistic vocabulary is at play in the works, and becomes a significant part of the composition, but also of its structure, to suggest an act of abstract sensuousness.

Presented alongside these works are two free-standing sculptures that link Hepper’s current and previous works. These sculptures, both from 2020, are in opposition to the device of the frame, as they physically define space and its relationship to the body through their free-standing volume. They engage with the ideas of architecture, permanence and memories held together by materials.

Looking at the frame as a device for selection, the works become a tool to materialize the otherness of her forms. This acts as a mirror—reflecting back to the abstraction of the body and the fragmentary language found in both nature and art.

This will be Hepper’s first solo show with the gallery.

Carol Hepper (b. McLaughlin, South Dakota) has been extensively exhibited and collected by seminal institutions including the Solomon R. Guggenheim Museum, MoMA, Neuberger Museum of Art, and the Detroit Institute of Art, the Metropolitan Museum of Art, and the Stedelijk Museum Schiedam in the Netherlands. She has received numerous awards and grants including from the National Endowment for the Arts, Pollack-Krasner Foundation, the New York Foundation for the Arts, and the Louis Comfort Tiffany Foundation. Her work has been written about in The New York Times, Art in America, The Washington Post, Artforum, and Sculpture Magazine. Recent exhibitions include a solo at the CAS Art Center in Livingston Manor, NY.